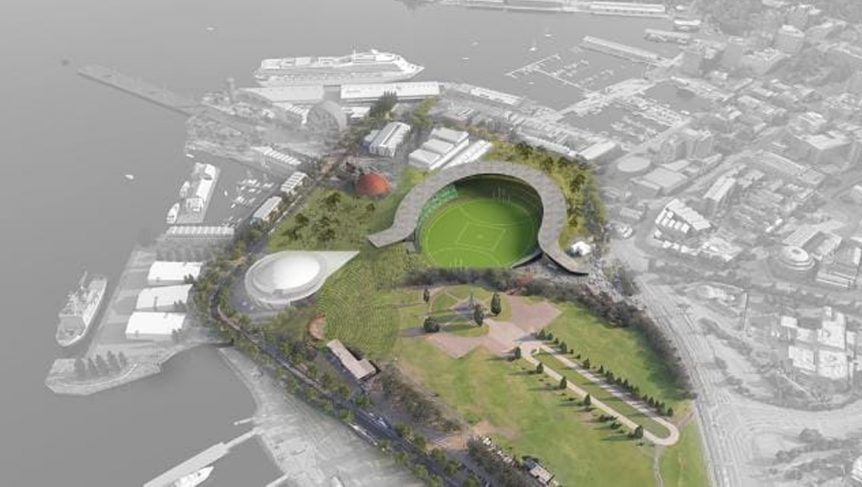 Based on the success of the Adelaide Oval, architect and brewery owner Don Gallagher has designed a stadium with hotel, convention centre, restaurants and cafes on the much-sought after area on Hobart’s waterfront.

Mr Gallagher told The Australian the stadium is designed to blend in with the surrounds rather than a traditional fortress.

“Traditional stadiums are like a walled fortress, whereas this concept is very flowing — it buries the buildings and creates a park,” he said.

“It’s landscape architecture more than built form. All vistas to the Cenotaph are kept.”

The venue could be used to host a proposed Tasmanian AFL team, as well as Big Bash and international cricket and other sports and concerts.