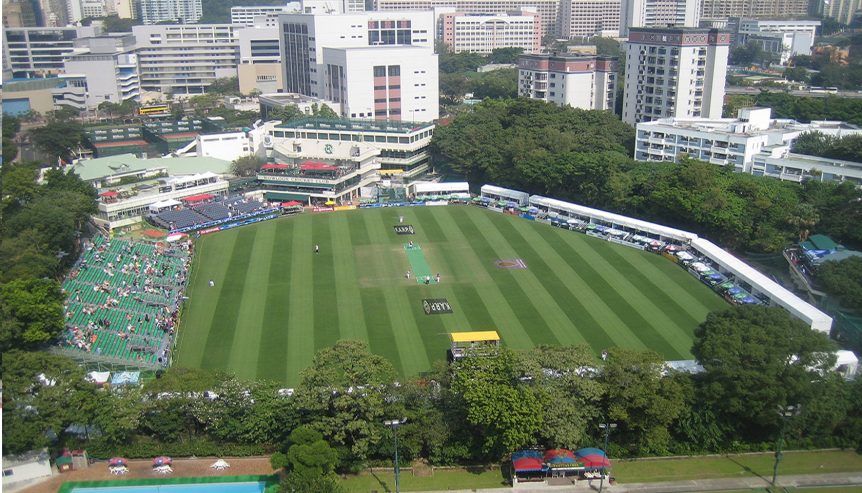 The development of turf root systems is a much talked about topic amongst Turf Managers along with its level of importance, but rarely do Turf Managers dive deeper into the topic to get an in-depth understanding for their venues turf root system and how they can improve its depth & vigor to improve the overall presentation and durability of their turf surfaces.

The root system has two main jobs – to provide the turf foliage with all the nutrients it requires & to source water the plant requires to survive.

The management of aeration, thatch, and irrigation combined are the principal factors in maintaining and developing a deep and vigorous root system. In any turf situation the root system is the key in supporting the growth of healthy turf, and for providing the turf with the ability to deal with all the stresses that it encounters on a day to day basis.

Based on this, a simple conclusion can be made;

Its also worth pointing out that regardless of your turf situation or facility usage the principals of developing and maintaining a healthy root system can be applied to all areas of sportsturf regardless of the venue or surface being prepared.

It has been proven over time that root systems of turf grass (both warm and cool season grasses) are annual in nature. A root system will grow, develop and die off within a 12 month period. This means once a Turf Manager has spent time developing and growing a deep and fibrous root system means that it will not be in place for ever and growing a good root system is an ongoing task. This is a very important point not understood by many.

Restrictions on developing a better root System
The question that most Turf Managers often ponder over is how they can improve their root system to ultimately provide a better turf surface. Before going on and looking at ways to improve your turf’s root system some influencing factors on the potential of the root system to develop should be understood.

The type of turf being maintained will have a major influence on its ability to grow and sustain a deep and fibrous root system. Genetically speaking, warm season grasses have greater ability to grow a deepier root system than cool season grasses. There are also differences when comparing different varieties of warm season grasses, and the same for cool season grasses. For example, some turf facilities in Australia and New Zealand have 100% Poa annua surfaces which is known for having shallow root systems as this is a genetic trait of this grass which ultimately will not allow these turf surfaces to develop a good root system regardless of the maintenance practices being applied. On the other hand perennial rye grass is know for producing a deeper root system in comparison as the genetics of the plant allows this. Turf Managers should understand their grass well and be realistic with expectations with the quality of their root systems.

Another major influencing factor on the development your facility’s root system is the growing medium that you are required to work with. We know that turf grass roots like to grow in air space within the soil, and we also know that roots like to ‘chase water’ providing the growing medium is not saturated. Some facilities built many years ago often have poor soil make ups, and have poor drainage making it difficult to establish a good root system. On the other hand some of the newer facilities constructed using good budgets using good materials such as USGA specified sand have unlimited potential to sustain good root systems long term – a good quality sand provides good levels of non-capillary pore space for roots to grow into, resists compaction, and over time when managed right good levels of microbial activity will be present. On the other hand, sporting surfaces constructed on soils containing large amounts of clay & silt lack air space, lack drainage, and compact easily are all limitations in being able to grow a deep a vibrant root system. Those battling the difficulties of managing a turf facility built on poor soil should be realistic with expectations in relation to growing a good root system.

Turf areas with high levels of thatch are very restrictive in their ability to produce a deep root system. Thatch is said to hold around 33% moisture, most soil profiles will range somewhere between 18% and 28% moisture content at field capacity – this is considerably lower than thatch. This basically means any growing medium with an excessive thatch layer will likely result in a short root system where roots live in the thatch as the thatch layer has a higher moisture retention than the soil profile itself meaning the roots will have no reason to grow deep as they are being well accommodated in the thatch & are happy to live there on an ongoing basis. 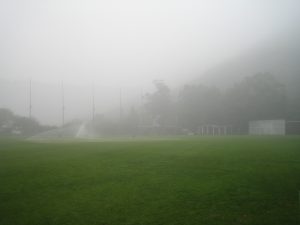 Other environmental influences such as heat stress, drought stress, and water logging will result in sending the progress of the root system backwards.

Pest and disease activity have potential to restrict the development of the root system.

The roots are required to provide support to assist recovery from damage from pest and disease attack. The plant mobilizes nutrients from the root system to repair the damage from pest attack in the crown, rhizomes, leaf and stolons.

The activity of nematodes should always be considered. Nematodes are small insects that attack the root systems of turf that are difficult to identify and often attack the root system as a secondary pest (after the plant is already under attack from another disease or insect)  The only real way to find out if nematodes are causing you an issue is take soil samples and send away to a certified laboratory for testing to get an indication if numbers present are causing any issues.

In order to prevent damage from pest attack, the usual principals apply – like taking an Integrated Pest Management approach instead of reverting straight to chemicals to solve the problem. There are other options such as biological controls, non-pesticide controls (natural extracts) it is also important to understand your grass species threshold numbers and working with it. It is important to maintain optimum plant health and including good maintenance practices before pesticides are considered.

Above all, the stronger the root system is the more resilient the plant is, which in turn will establish a higher threshold against pest attack, and the faster the recovery will be when attack does take place. 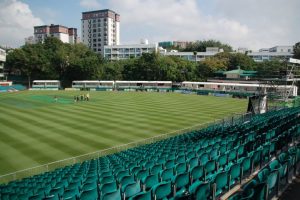 In order to develop a deep and vigorous root system, the following rules need to be adhered to;