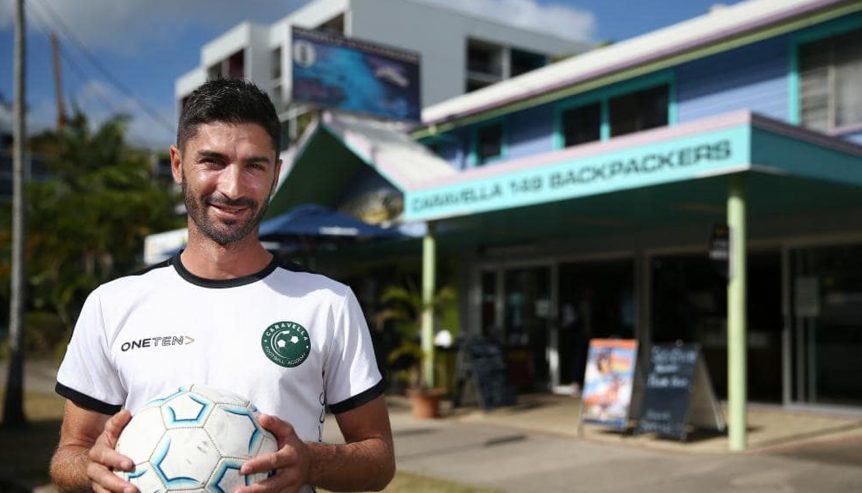 Politicians, players and everyday punters are divided over whether Cairns needs, wants or could ever get a rectangular stadium.

Mayor Bob Manning has been the staunchest advocate for building a 20,000-seat arena and is spearheading an embryonic proposal to get Papua New Guinea on board for a joint NRL bid.

The Your Say on the Far North Reader Survey by the Cairns Post reveals an appetite exists for the stadium dream but residents are wary of jumping in headfirst.

Just over half of those surveyed (55 per cent) thought the city needed a stadium and the debate over location was equally as divisive.

The Cairns Showground emerged as the favoured prospect (33 per cent), followed by Cannon Park (24 per cent) and Barlow Park (23 per cent).

One-fifth of respondents believed greenfield sites not included on the traditional list of potential placements would make a better fit.

It is by no means the first time a Far North stadium has been touted but things do appear to be gaining momentum — if only through the mayor’s dogged insistence it is what the city needs and deserves.

Former mayor Val Schier’s council commissioned a report in 2011 that estimated the minimum cost for building a stadium was $66.4 million.

That was for a 20,000-capacity stadium with only half of attendees afforded a seat.

The whole shebang with all the bells, whistles and 20,000 spots to park a posterior was appraised at $138.2 million.

The stadium’s annual attendance was estimated at 132,000 even if no major league had a team based here.

Former A-League star Zenon Caravella, who is opening his own football academy in Woree, doubted a Cairns team would be added to the competition any time soon.

The Townsville Fury and the Gold Coast United have both failed in recent years, and the Football Federation Australia is in a twice bitten, thrice shy situation in Queensland.

“They’re looking very closely at what’s going to be the best fit and whether they bring another team into a big city to create another derby,” Mr Caravella said.

“I think it will be a long way off before any football teams would be based out of regional areas in Australia.”

Nonetheless, Mr Caravella said having a stadium at the city’s disposal would be a big help in attracting established teams for away games.

Cr Manning’s unusual cross-oceanic bid might be the region’s best chance at getting a stadium, and even at this early stage Far Northerners are willing to put their vocal cords on the line for a PNG-Cairns squad.

Despite their oppressive depth in North Queensland Cowboys country, 59 per cent of respondents said they would still support the hypothetical new team.