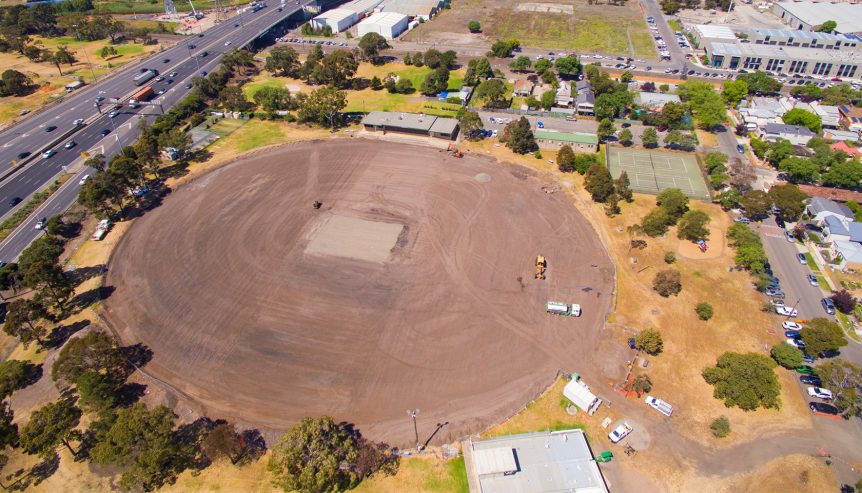 Don McLean Oval in Hobson’s Bay, Victoria is currently being reconstructed by Turfcare and Hire.

Turfcare and Hire are based in Geelong in regional Victoria and specialise in oval constructions, landscaping, project management and sports turf maintenance. Luke Trezise, is one of the founding directors of the company. He started in the turf industry in 1987, as an apprentice greenkeeper at Portarlington Golf Club where he stayed for 13 years. He then started Turfcare and Hire he currently oversees business development and construction management.

turfmate recently chatted to Luke about the works being done at Don McLean Oval for Spotswood Sports Club.

“The rebuild includes a new sand base, drainage and an automatic irrigation system with pumps and tanks,” says Luke.

“It will also include newly built coaches’ boxes and AFL standard goals and a new turf wicket. The entire surface will be solid turfed with Santa Ana couch sod.” 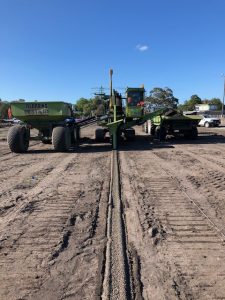 Working with the council for tender for this project has allowed Turfcare to build a rapport with them. Luke says it’s been a great way to create excellent two-way communication.

However, one of the biggest challenges Luke spoke about throughout this project so far has been rock under the surface of the ground.

Despite testing before works began, upon excavation it was discovered that there were large rocks under the surface. These rocks required breaking up to be moved offsite.

“I really enjoyed getting onto the large jackhammer to break up rocks. The removal of the rocks allows the installation of sand profile, the construction will be completed with a turf wicket bench and finished with Santa Ana turf,” says Luke. 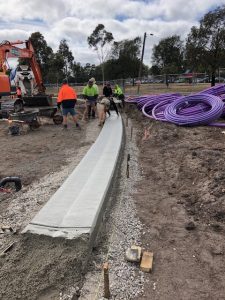