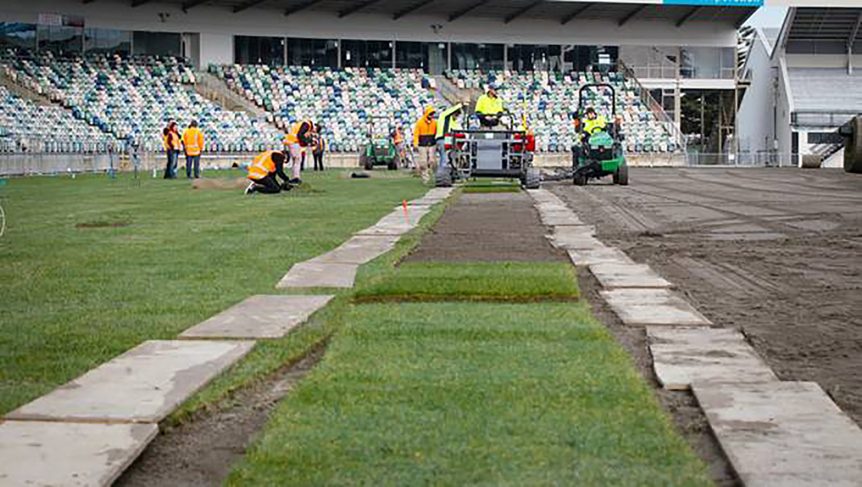 International cricket won’t be played on McLean Park’s new drop-in pitch before November this year, despite already being in place and it being more than two years after arriving in Napier.

It means two internationals later this month — a men’s day-night limited-overs match between the Black Caps and India on January 23 followed by a women’s match the next day between New Zealand’s White Ferns and India — will both be played on the standard cricket block in the oval.

A drop-in tray has otherwise been installed since last year’s drainage replacement and returfing project which was completed five months ago.

Napier City Council marketing and communications manager Craig Ogborn said the ultimate plan is to play all McLean Park matches on a drop-in pitch, which will be tested for the first time in a four-day Plunket Shield match between home team and holders Central Districts and visiting side Otago on March 1-4.

A Plunket Shield match on March 9-12 will revert to the renovated No. 1 pitch, which is not a drop-in.

Ogborn said the timing for the introduction of the drop-in pitch to internationals has not been finalised, and will depend on the success of the March 1-4 Plunket Shield match.

Napier is expected to be among the candidates for a test during a tour by England later this year.

Amid conjecture that growing conditions may have delayed the introduction of the pitch, Ogborn said: “We need to ensure the quality of the drop-in pitches prior to playing international games on them and this is the basis of retaining the block for now.”

“We also have a reputation for producing a very good wicket at McLean Park, and we don’t want to compromise this with hasty removal of the block,” he said.

“We could have tested one drop-in pitch, but it would then have been swapped out meaning playing on another untested drop-in, and there would not have been time to renovate the drop-in pitch between the domestic or Sri Lanka warm-up and the India game.”