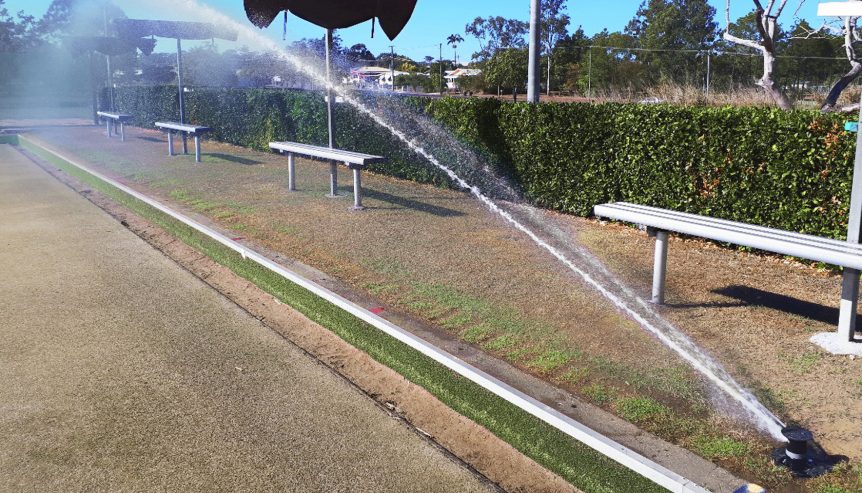 It’s been a long road for the East Bundaberg Bowls Club, after a devastating flood in 2013 that destroyed the clubhouse and left them with only 13 members.

But since then, the club has risen from the ashes, and now boast a 140-strong membership.

This huge rise in membership, whilst welcomed, meant that the two greens on site were getting quite the workout. It became apparent to Club President, Peter Ey earlier this year that they were due for an irrigation upgrade to help improve the quality of their greens and the impact on the volunteers.

Thanks to a government grant, and a few skilled members who were willing to help, the club got the upgrade underway midway through this year.

Peter knew a Toro Sales Representative in Queensland, Tony Townson, so he reached out to him for advice.

“We had a couple of meetings with Tony and he was fantastic,” explains Peter.

“He came and demonstrated some of the new Toro sprinklers, which he said were the best in their class, and I could believe it watching them operate! They get a lovely, even spread of water over about 25 metres. And that’s exactly what we needed.” 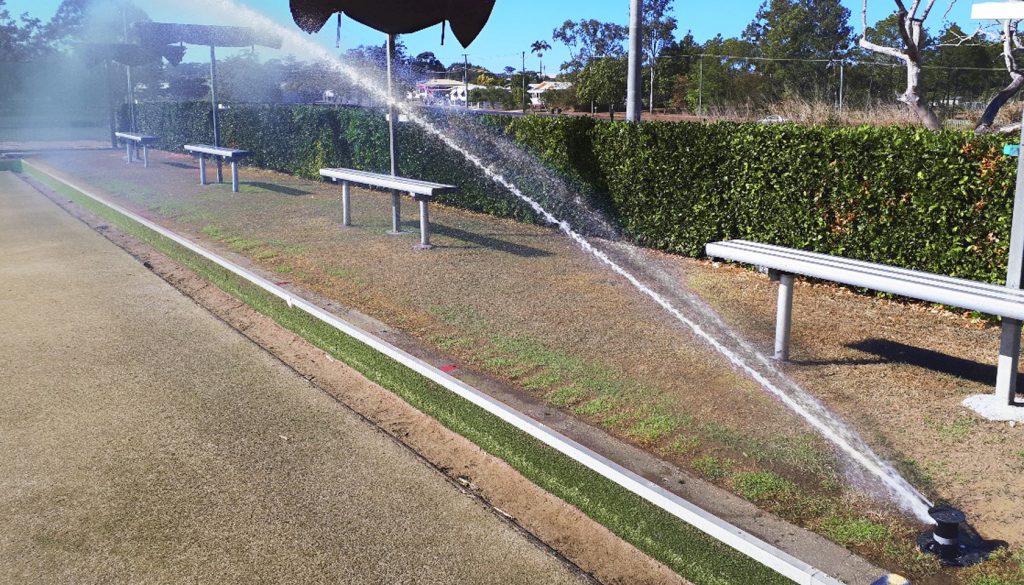 Peter says he is delighted with the new system and he thinks Toro’s sprinkler and machinery products are all brilliant.

“The sprinkler system is very simple to operate. We have three boys now that do that, they just go into the computer system and press the buttons.

“Most importantly, you can see the improvement in the greens by regularly monitoring the amount of water that goes on,” says Peter.

Tony Townson, says that the new Infinity 55 Sprinklers and the 24stn Custom Command Controller are a vast improvement to the aluminium irrigation pipes the volunteers previously had to manoeuvre by hand. 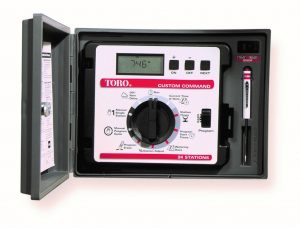 “Watering used to be a long, drawn-out exercise a couple of times a week. Once the club had applied for the grant and received assistance, they approached me to find out what products Toro had that might be suitable.

“We installed 16 sprinklers in total – eight per green – and they can now water the greens in 15 minutes each, whereas it used to take a couple of days. They’re also using about 25 per cent less water than they were previously. 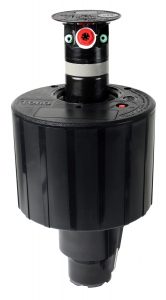 “The club seem very happy with the upgrade and it’s been a talking point of the area – a very successful project,” comments Tony.

Toro’s Infinity 55 Sprinklers and the 24stn Custom Command Controller are part of their range of automatically controlled sprinkler systems, which have been developed to provide accurate and efficient water supply to greens.

The Infinity 55 Series is a high-end, gear-driven pop-up sprinkler developed for use in commercial turf management applications. It’s easily adjustable, easy to operate and very reliable.

For more information about Toro’s Bowling Green Sprinkler Systems or any other Toro products or services, visit http://www.toro.com.au/