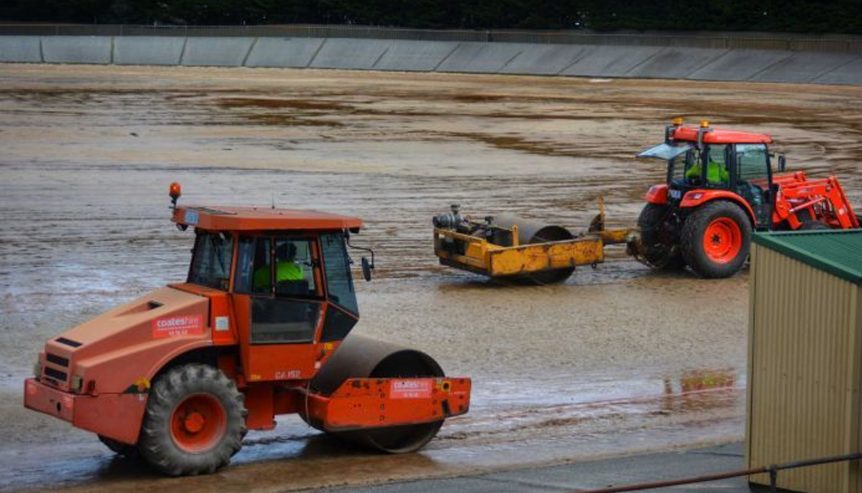 The Queenstown Crows haven’t lost a home game for three years, but it’s not necessarily an enviable position to be in.

The ground the team plays on is unique — rather than a field of lush, green grass, the oval at Queenstown is made of gravel.

The town, on Tasmania’s west coast, is built around the Mt Lyell copper mine, close to the rainforest of the state’s Wilderness World Heritage Area.

The unique gravel surface is credited to the local mining pollution that made growing grass difficult, combined with high rainfall — the town gets 2,408 mm of rain a year.

“The gravel was laid with silica until 1969, when smelters were still in use for mining,” Tasmanian Football Hall of Fame historian Daniel Smedley said.

“The oval was laid with gravel because of the difficulty in establishing grass fields in the barren environment created by the heavy metal smelters of Queenstown.”

Even today, the surface is considered the best playing field on the west coast in winter when the rain is falling.

How is it maintained?

The AFL has strict guidelines on what preferred playing field conditions are — they include well-groomed, green grass.

In Queenstown, the local council uses a 10-tonne roller to flatten out the oval.

“It knocks the rocks back into the ground,” West Coast Council works manager Scott Butler said.

The council also brings in six to 10 truckloads of gravel a year from the Corinna Pit near the Reece Dam.

They make a boundary line by digging a trench and dying the gravel.