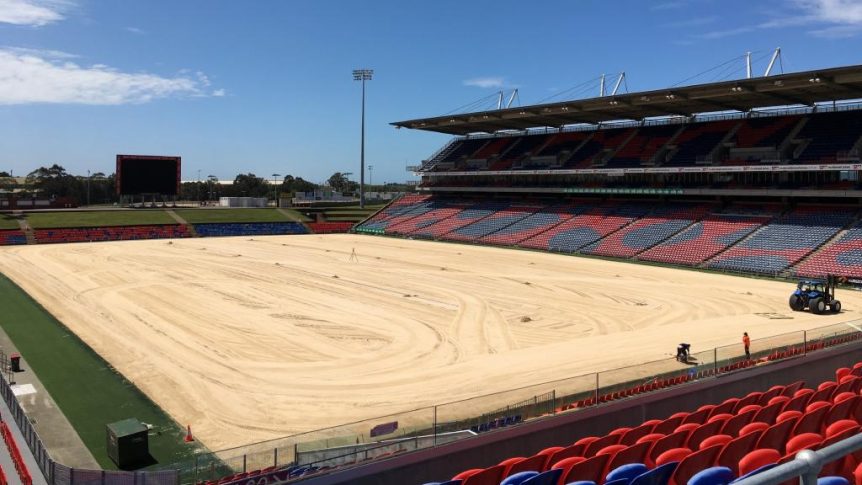 It’s already the Hunter’s premier sporting venue, but it’s set to be even better, as McDonald Jones Stadium receives a major pitch upgrade, to bring it into line with Sydney’s top sporting venues.

Home to the Newcastle Knights and the Newcastle Jets, the $1.4 million investment from Venues NSW will see a new world class playing surface, just like at ANZ Stadium and Bankwest Stadium.

On Monday, it was a sandy pitch and a hive of activity as the Evergreen Matrix Instant Play Turf was in the process of being laid, just in time for the Jets first home game of the season with Adelaide United on October 26. 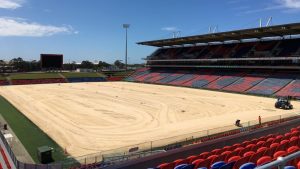 Liberal member of the NSW Upper House for the Central Coast and Hunter, Taylor Martin said it’s a big win for the Hunter Region.

“This is a great result for not only the stadium’s anchor tenants — the Newcastle Jets and Newcastle Knights — but also for the Hunter Region’s sports fans,” Mr Martin said.

“McDonald Jones Stadium has hosted some great sporting events in recent years and upgrading the playing surface will mean we can attract more high-quality events to the Hunter Region.”