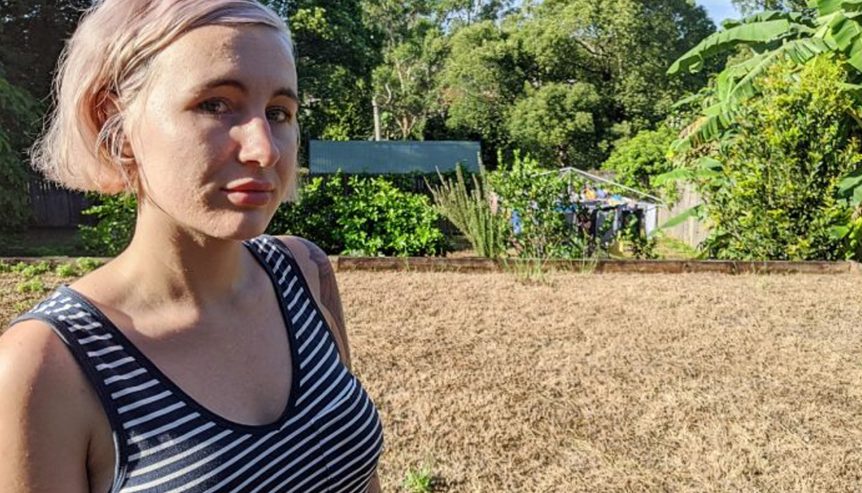 Ripe weather conditions in south-east Queensland are being blamed for an “explosion” of armyworms chomping through lawns within days.

Hundreds of residents from Gympie to Brisbane reported the worms after noticing their once-green grass turning brown almost overnight.

It’s important to note that they’re not the notorious fall armyworm that poses a serious threat to agriculture and was recently detected in north Queensland.

John McDonald, biosecurity manager at Greenlife Industry Australia — the national peak body for the nursery industry — said the armyworms in the south-east appeared to be in “unusually high numbers”.

He said while the grass was not dead and would grow back, it could be distressing for residents.

“We are seeing pockets of armyworms exploding in recent weeks and those populations … people have not witnessed that before.”

Mr McDonald said he even had them at his Brisbane home for the first time in 20 years.

“In recent weeks we’ve had hundreds end up in our pool, so we’ve never seen that before.

“It was somewhat of a surprise to see such large numbers and find them moving out of the neighbour’s yard into ours.”

Nambour resident Katelyn Efremoff had a similar experience when she noticed her neighbour’s lawn turn brown days before the worms munched through hers.

“I thought it was insane that a caterpillar could decimate the entire front and back lawns in such a short period of time.”

Once the armyworms finish with a food source — i.e. your yard — they march onto the next. Hence their name.

The larvae, or caterpillars, often shelter during the day and feed at night, leaving residents shocked at what they find in the morning, as they told ABC Sunshine Coast:

“Victim of the little bastards here. Our yard flooded really badly, so initially I thought a few patches were where the water had been lying for a long time. Woke up on Saturday morning and it was all dead.” — Ange Gillham, Yandina

“We were pretty shocked to have a nice green lawn after all the rain and then literally overnight it was demolished. Nothing I’ve seen before.” — Jen Rickards, Palmwoods

Mr McDonald said armyworms were a natural biological process throughout Queensland and the rain and cooler weather in recent weeks had provided ideal conditions for them.

“When all the conditions are right you get these blooms of the population.

“Then they’ll move on once they’ve pretty much chewed up the food source, you’ll see the numbers decline.”

“The moths are the adult — they’ll fly, land and lay eggs. The eggs hatch, which become caterpillars and the caterpillars do the chewing.

“They will pupate and they will move on and another adult will form and that’ll be a moth and fly off.”

Because the process happens so quickly, residents often don’t notice until their once-green grass is a mass of brown, dead-looking foliage.

“They [the caterpillars] are probably there for a day or so and then people start to see the evidence,” Mr McDonald said.

“It happens quite quickly and it comes down to numbers, so the more numbers, the more rapid they will chew through the food source.”