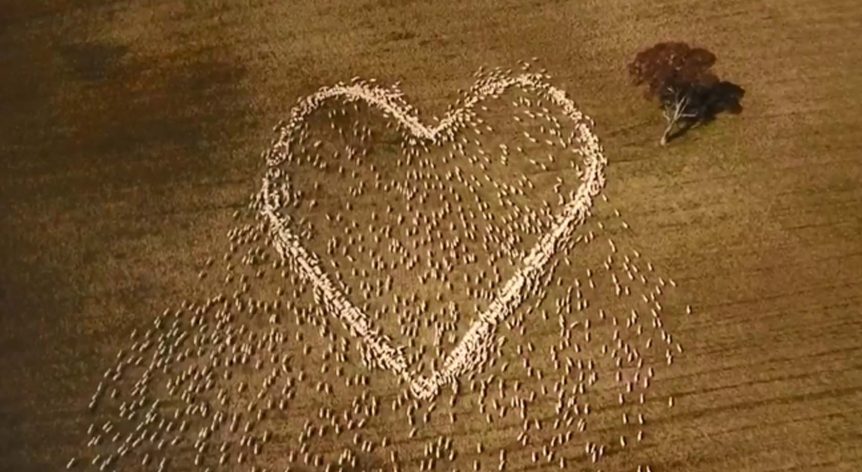 A grieving sheep farmer has come up with a literal heart-warming way to pay tribute to his late aunty.

Ben Jackson from Guyra in northern New South Wales was unable to travel to his relative’s funeral in Brisbane due to border closures. 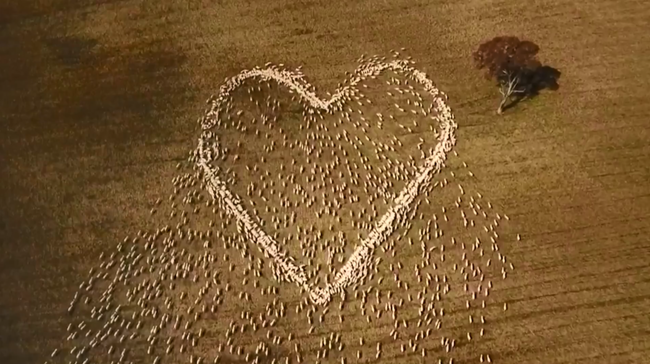 he created the “sheep art” by laying out the pattern with grain in a paddock before releasing the sheep.

“It’s completely busted me not being able to say cheerio, but it is what it is I guess,” he said of being unable to farewell his “very special” aunty, Deb.

“If this just brings a smile to just one person’s face, she’d be one very proud aunty right now.”