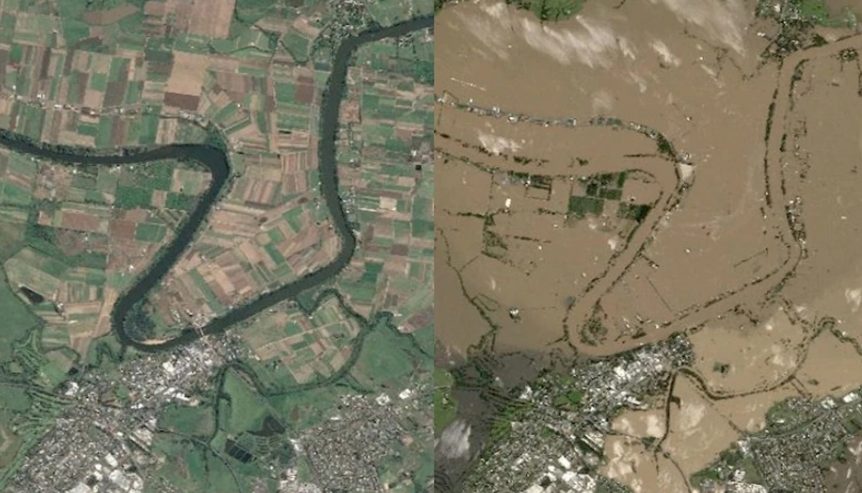 If you visited Earl Stanley’s turf farm in Taree on the Mid North Coast a few months ago, you would have seen a sea of green, premium turf.

But when the Manning River broke its banks in March, more than half the property was smothered in mud.

Lynne Bonser has worked at Earl’s Turf for more than a decade, and she’s never seen the property so badly hit.

“Those who were alive in the 78 floods and remember them say the current was just so much faster [during this flood],” she said.

“When I first came back onto the estate after the flood, it was just like a tsunami had hit.

“The debris that washed onto the farm was just unbelievable.”

Ms Bonser said the business had lost roughly 50 per cent of their turf crop, which covered almost 32 hectares of land.

“I imagine it’s going to lead to a turf shortage throughout New South Wales because the major Sydney growers have possibly lost even more than us.”

The business is now in the process of trying to re-establish their destroyed turf crops, which takes anywhere from nine to 12 months to grow.

“But now is the wrong time to be planting, so we probably won’t replant till early spring,” she said.

“So that means we won’t be able to harvest the turf till around 12 months later.”

Jevon Sammut’s large-scale turf business is based near Windsor in Sydney, in the city’s largest region for turf production.

“There is probably the most turf farms in one area here in the whole of Australia, and we all supply out to Melbourne and Queensland and all over the country,” he said.

Mr Sammut said he was not the only one who was badly hit.

“All the turf farms around here went under,” he said.

Mr Sammut said his farm alone had incurred millions of dollars worth of damage.

“All our sheds [were impacted]. All our crops went under. People that have houses that live here went under, too,” he said.