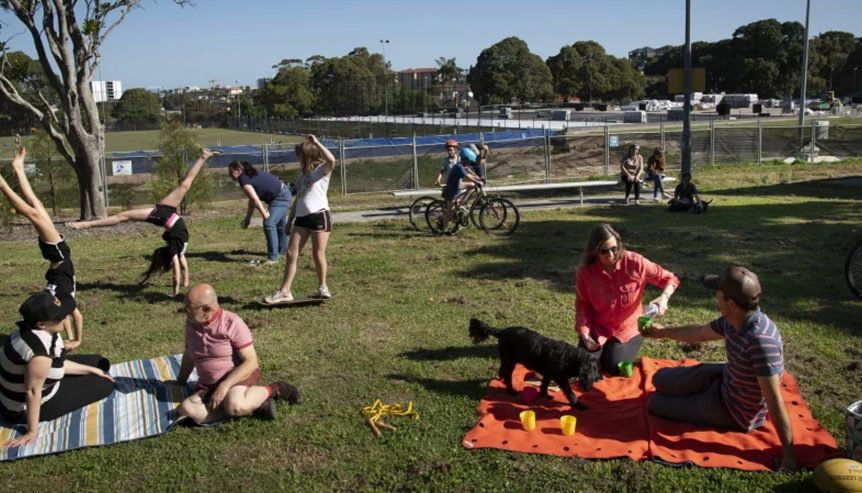 Residents across Sydney are fighting local councils over the use of fake grass in public spaces, as Planning Minister Rob Stokes launches an inquiry into the use of synthetic surfaces.

A resident’s group has taken Bayside Council to court over the installation of synthetic turf at Gardiner Park in Banksia, while the City of Sydney is “revisiting” plans for a synthetic field at Turruwul Park in Rosebery following a community backlash.

Grassroots community groups have also sprung up in other parts of Sydney to fight councils planning to install artificial turf.

“Synthetic turf has become increasingly popular for use on sporting fields in recent years,” Mr Stokes said. “But there are significant concerns within the community about its use and councils need consistent guidelines that address the pros and cons.”

Natural Turf Alliance spokesman Garnet Brownbill said fake grass posed health and environmental risks, and should be used sparingly. He said synthetic fields were too hot to use in summer and produced plastic pollution.

“In Sydney there are excellent growing conditions for turf, and where we know that a well-constructed turf field – not just any turf field – can give the community increased usage for soccer and still allow for passive recreation without the environmental damage of synthetic fields,” he said.

“Park users and residents seeking natural green space have been able to enjoy the cool, natural surroundings but now will be impacted by synthetic turf, through toxic off-gassing, smells, high fencing and the heat radiating from the synthetic field especially in summer,” he said.

A Bayside Council spokeswoman said the installation of synthetic turf at the park was part of a $2.5 million upgrade under a state government program to improve infrastructure. Synthetic surfaces have already been installed in seven parks within the council area.

The spokeswoman said the report clearly documented the challenges faced by councils in meeting the growing heavy demands for playing surfaces.

She said the council looked forward to new guidelines, but the planning system already had a number of ways to consider the environmental impact of synthetic surfaces.

“We don’t think that every field across NSW should be converted to synthetic,” he said. “Synthetic turf is just one part of the solution to ensure more people can play sport more often.”