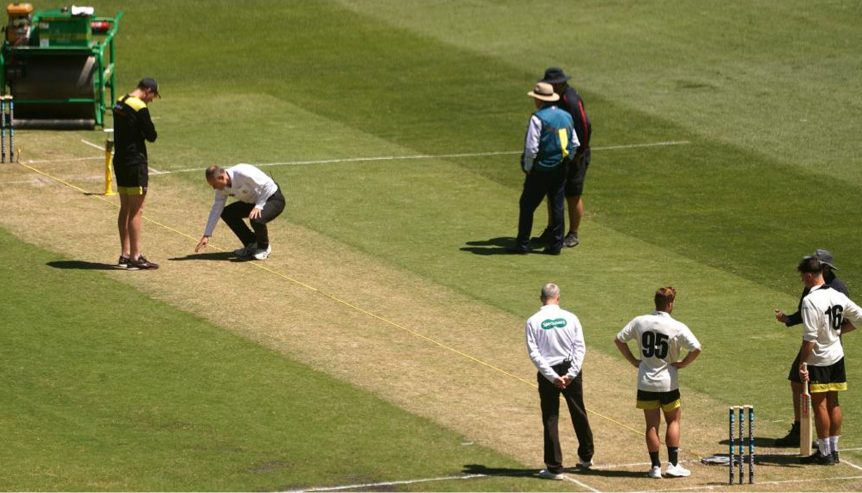 The heat is on the MCG to find the balance between hell and a highway with its Boxing Day deck, after Australian coach Justin Langer declared flat pitches the biggest threat to the future of Test cricket.

The ICC on Tuesday refused to comment on pitch preparation, despite the governing body handing out the ratings that determine which grounds are allowed to host international fixtures.

“I see flat pitches as a huge problem for the health of cricket,” Langer said.

“I know (the MCG) are trying to push it so they get a contest back, because we don’t want to see cricket anywhere in the world on flat wickets which are batsman-dominated. It’s just not a spectacle.

“I’ve said this for 10, 15 or 20 years, for the health of Test cricket, first-class cricket and even one-day cricket you want to play on wickets where there’s a contest between bat and ball.

Langer conceded that the Adelaide Oval pitch as well the Test pitches New Zealand just hosted England were all far too flat.