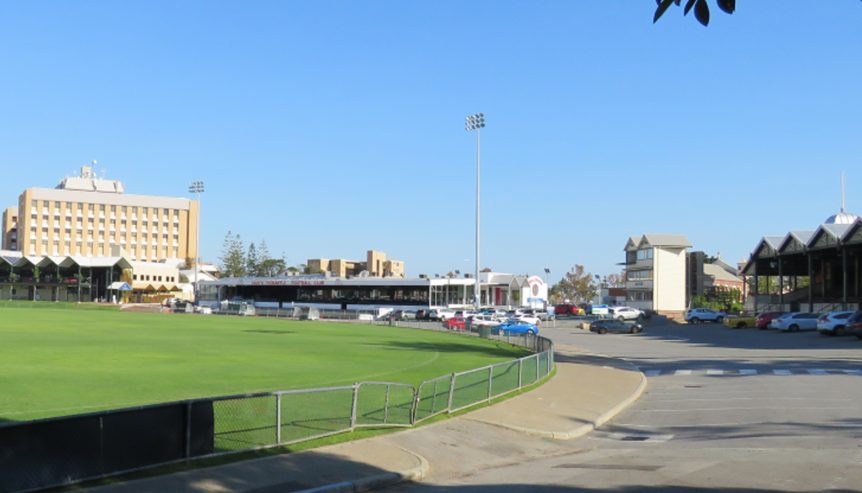 Fremantle Deputy Mayor Andrew Sullivan said now that the council has formally adopted the plan the project partners could begin seeking the funding required to bring the project to fruition.

“We have purposefully staged the project so it can be achieved in bite-size chunks, and we will now set about securing external funding to support the various stages.

“We expect the funding will come from a range of different sources including the state and federal governments, the AFL, private sector and the clubs themselves.

“The primary opportunity for the City to help fund the project may be to sell surplus land in the southwest corner of the oval for development that compliments surrounding activities. We can also use council funds to leverage heritage grants for the old pavilion on a 50:50 funding basis.

“This is such an important project for Fremantle, not just to ensure our football facilities meet modern standards, including accommodating women’s sport, but also to provide an essential green space linking the hospital, the prison and the heart of the city in ways that the whole community can enjoy.”

The Fremantle Oval Redevelopment Masterplan includes new clubrooms and grandstands, improved spectator facilities, lighting upgrades and the realignment of the playing field to reconnect the oval to the heritage-listed Victoria Pavilion.

The upgrades to the clubrooms would provide state-of-the-art facilities to cater for the growth in female participation, as well has high quality spaces for community organisations like SEDA College and the Stephen Michael Foundation.

Other improvements include new grass banks, undercover seating terraces, a new events space, nature play area and improved connections with the rest of the city.

The total cost of implementing the Masterplan is estimated at approximately $36.8 million, with four independent stages.

Optional items that are costed separately include an additional floor in the South Fremantle clubrooms for the Fremantle Football Club at $4.2 million, and an underground car park at $2.7 million.

The former headquarters of the Fremantle Football Club, which is currently being used by the City of Fremantle as a temporary administration centre, is identified as a future redevelopment site.