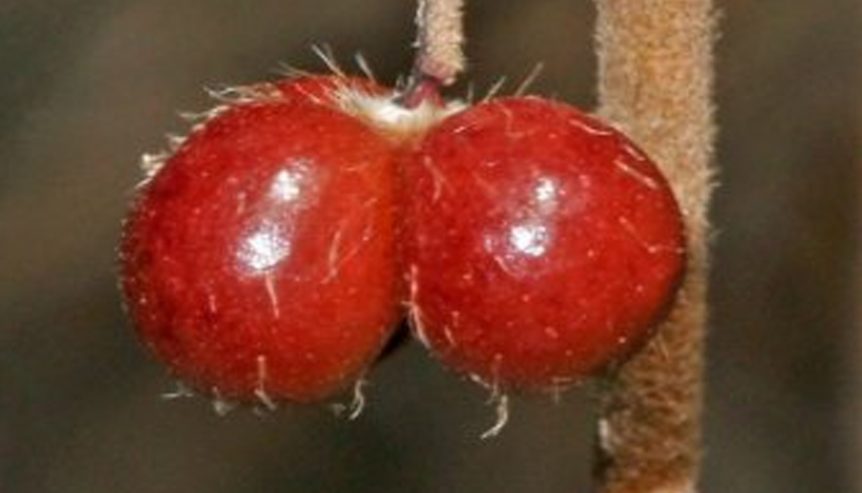 A fruit-bearing shrub long known as dog’s balls might finally get the snip of its colloquial name.

The bush, found across northern Australia and first discovered by Europeans near the Endeavour River in far north Queensland, has long been used by Indigenous people to treat dysentery and diarrhoea.

“Most people ask why is it called dog’s balls until you show them a picture of the fruit,” Russell Barrett from Sydney’s Royal Botanic Gardens said.

“Then the penny drops.

“It’s because the fruit generally has two seeds that are fused together side by side, covered in soft hairs, that hang down on a short stalk.”

Dr Barrett said one reason the unfortunate name stuck was confusion with another species from south-east Asia 250 years ago.

He said the low-lying shrub with broad, velvety leaves, was known as the Grewia retusifolia.

“Being such a famous shrub with important medicinal qualities, it was quite a surprise to find that no previous botanists had recognised it was distinct from the Asian species.”