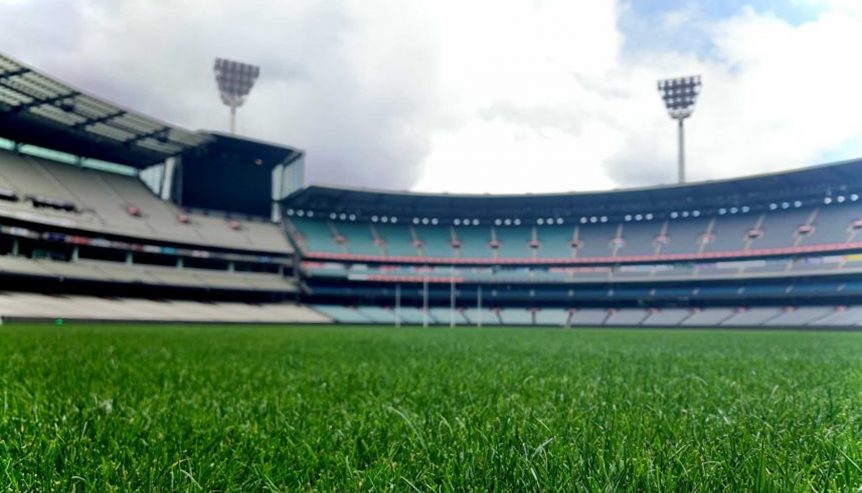 “We’re not trying to replicate the MCG — this is going to be a Queensland grand final,” Mr Zundas said.

That being said, even before it was official, the Gabba’s groundskeeper, who has worked on six AFL grand finals in the past, began adopting Melbournians’ traditional grass maintenance rituals.

Believe it or not, the MCG has a specific way of training the grass to grow.

Avid fans would recognise the distinct patterns on the ground, visible from the Grand Final broadcast.

The MCG changes its mowing patterns from squares to diamonds for the season’s finals games and the Gabba hopes to do the same.

While the MCG would usually host 50 games of football in the lead up to the Grand Final, the Gabba in a regular season would host just 10.

This year, at least 30 games will be played at the Queensland venue.

“The work they’ve done has meant the AFL season’s been able to continue and we’re really appreciative of that in Victoria,” Mr Eltringham said.

Queensland has also offered the AFL a unique opportunity to trial running the match in a later timeslot.

“It’s something that the AFL has been asked about for a long time about changing the traditional afternoon time slot,” Mr Zundas said.

“In such unusual times, it’s a great opportunity to try some of those measures.”