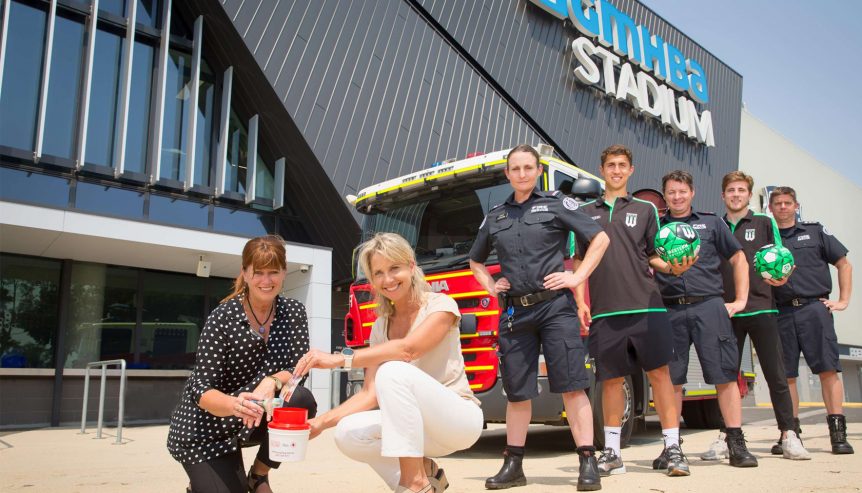 Kardinia Park Stadium Trust and the City of Greater Geelong are throwing their support behind Western United’s special bushfire fundraiser match against the Central Coast Mariners at GMHBA Stadium this Sunday (19 January 2020).

Entry to the game will be free, with fans instead asked to make a donation at the gate (by card or cash), and 100 per cent of funds will go to Red Cross Disaster Relief and Recovery and Rural Aid.
Western United will also donate all proceeds of merchandise sales to the relief effort.

Further to this, the Kardinia Park Stadium Trust will make a contribution of $30,000 to the Victorian Government’s partnership with Bendigo Bank and the Salvation Army that will directly support the Victorian communities in need.

The day will be filled with family fun including inflatable football activities, airbrush tattoos and snow cones, appearances from ex-Socceroos and Matildas and current Western United players, football freestyling entertainment, local buskers, pop-up sports including a bungee run and mini-golf.  Supporting the fundraising we will have displays from the police highway patrol, rural tractors and firetrucks!

Pre-match there will be a dedicated ceremony to say thank you to all of the volunteers and services for both disasters and to pay respects to those we have lost.  Fans will be given free ‘thank you’ posters at the gate to hold high and show support.

Although entry to the match is free, a ticket will still be needed for entry. To save time at the gate, fans are encouraged to register for their tickets in advance.