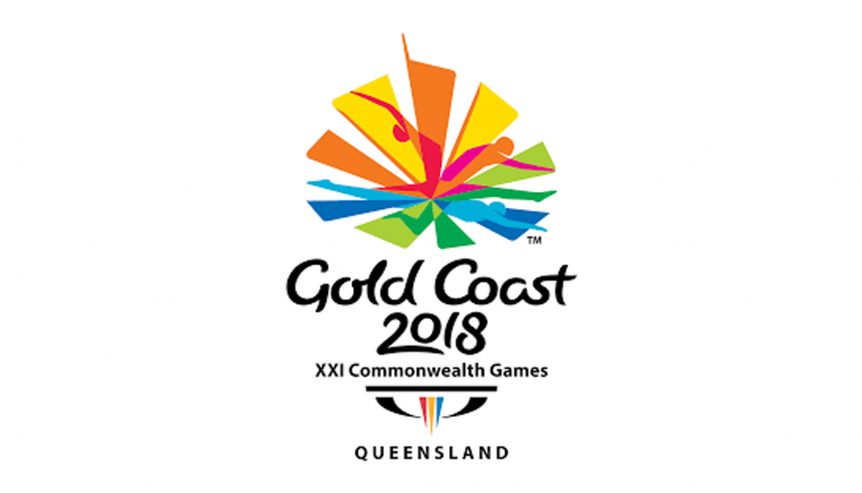 With the Winter Olympics currently underway, it’s only natural that sports enthusiasts around Australia are already talking about the next big world sporting event.

We’re obviously referring to the 2018 Commonwealth Games – and while the buzz may only just be starting to hit highs among the general public, the stadium managers of Queensland have been working tirelessly for months now.

As with any multi-venue sporting event, there are questions around whether surfaces will be ready in time, what changes need to be made to them, (and for some of the smaller venues) where these stadiums even are.

Luckily, turfmate are here to answer all your Commonwealth Games questions, so you can head into the next few months smugly knowledgeable about the turf the world will be watching on TV.

WHERE: Carrara, a suburb about 10km out of Surfer’s Paradise.

WHAT’S NORMALLY PLAYED THERE: Australian Rules Football – Carrara Stadium is the home ground of the Gold Coast Suns AFL team, but is also sporadically used for rugby league, rugby union and even baseball.

WHAT EVENTS WILL BE PLAYED THERE: Carrara Stadium will be one of the Commonwealth Games’ biggest venues. It’ll be hosting the opening and closing ceremonies, as well as the athletics.

PREPARATION: The team at Carrara have been working hard since the end of last year’s AFL season, to get the stadium ready for the Games. A contractor, Cockram Constructions, excavated the ground in October 2017, so two IAAF certified tracks could be built and 9,500 extra seats could be added, making it a 35,000-seat capacity.

“This is an exciting time in the Games journey with this key venue evolving from an AFL field to a spectacular stadium where the eyes of the world will be focused for the Opening Ceremony on 4 April 2018,” she said. 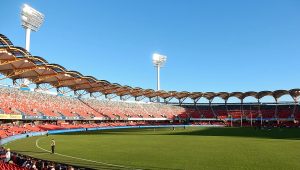 WHERE: About 7km north of Surfer’s Paradise.

WHAT’S NORMALLY PLAYED THERE: As you may have guessed… hockey. The Centre is the home of the Gold Coast Hockey Association and the Labrador Hockey Club.

WHAT EVENTS WILL BE PLAYED THERE: You guessed it again… hockey. The Centre will host two medal events during the Games.

PREPARATION: The Gold Coast Hockey Centre recently underwent a redevelopment in preparation for the Commonwealth Games. This included realignment of two synthetic hockey pitches to meet international competition requirements and upgrading seating to expand from 500 to 5000 seats. 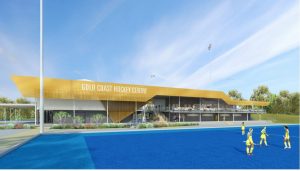 WHERE: Broadbeach, a coastal inner suburb on the Gold Coast.

WHAT’S NORMALLY PLAYED THERE: Lawn bowls. The Club is home to the Broadbeach Bulls, a competitive lawn bowls club.

WHAT EVENTS WILL BE PLAYED THERE: The lawn bowls, of course!

PREPARATION: The Club was renovated in 2016, at a cost of $4.95 million, so the world-class greens are looking good.

WHERE: Robina Stadium, also known by its sponsored name, Cbus Super Stadium, is about 10km south-west of Surfers Paradise.

WHAT’S NORMALLY PLAYED THERE: Rugby league – it’s the home ground of the Gold Coast Titans. But rugby union, rugby sevens and soccer are also played there.

WHAT EVENTS WILL BE PLAYED THERE: Rugby sevens.

PREPARATION: Not much has to be done to Robina Stadium – it’s only 10 years old and has a permanent seating capacity of 27,400. So, the grounds team will just be making sure that the rectangular, outdoor turf field is in top notch condition.