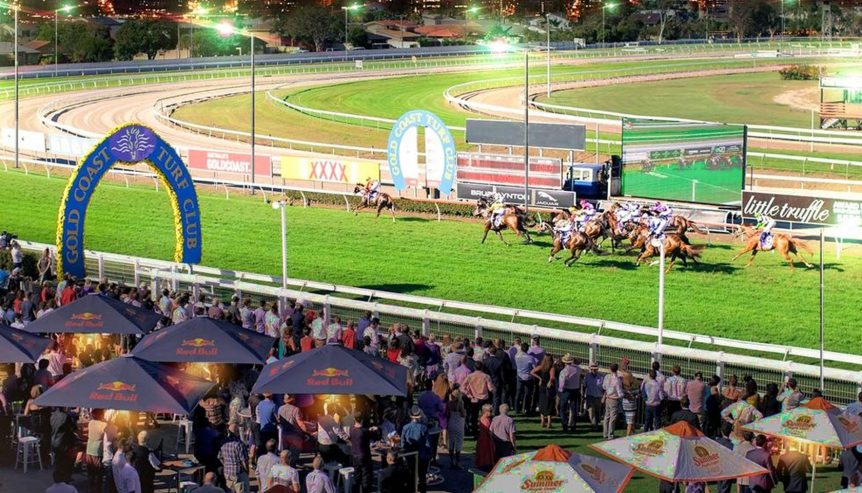 Night racing is coming to the Glitter Strip, with a long-awaited $38 million redevelopment of the Gold Coast Turf Club approved by the State Government.

The project had been on the drawing board for years but the Government gave it the green light on Wednesday, just days before it goes into caretaker mode ahead of the October 31 state election.

Racing Minister Stirling Hinchliffe said a re-elected Palaszczuk Government would deliver an all-weather synthetic track, a full refurbishment of the racing surfaces, lights and the development of a tunnel at the 74-year-old Bundall racecourse.

“Most importantly, the redevelopment is odds on to support about 330 jobs during the construction phase alone,” he said.

“Because we responded so quickly when the pandemic became a health issue, we are now well placed to roll out our economic recovery plan.

“The creation of hundreds of jobs in the construction phase alone will feed strategically into that plan.

“There are already almost 1100 jobs on the Gold Coast alone that depend on the racing industry, from trainers and jockeys through to hospitality workers, farriers and equine nurses.”

“The Gold Coast is one of Queensland’s most magnificent tourism drawcards and the turf club is already home to the internationally renowned Magic Millions Carnival, including the January yearling sale and its race day,” he said.

“Now it needs a turf club to match, which is exactly what a re-elected Palaszczuk Government will be able to deliver.”

Racing Queensland Chairman Steve Wilson AM said the Gold Coast tracks and lights project was at the heart of RQ’s night racing strategy and was a gamechanger for the industry.

“We want the Gold Coast to be our very own Happy Valley – showcasing the city to the world by unlocking new and exciting timeslots – whilst establishing itself as the most impressive night racing venue in Australia,” he said.

“This will give visitors and locals at Australia’s favourite holiday destination the chance to have a night out whilst loving the thrill of our thoroughbred superstars sprinting down the upgraded track.

“Just as importantly, the all-weather synthetic track will provide the Gold Coast with a much-needed wet-weather racing option, which will increase wagering returns through greater surety – and flexibility – in race scheduling.

“It’s a significant announcement for the Queensland racing industry.”

“It’s something we have been trying to see accomplished for more than ten years,” he said.

“This will be a massive boost not just for the Club, but for tourism, jobs and the local economy.

“We couldn’t be happier as a Club to see the project progressing.”

Already, $1.5 million has been provided for feasibility and design work and the Gold Coast Turf Club is contributing $5 million, while the remaining $31.5 million will come from the industry-funded Racing Infrastructure Fund, financed from the exclusive wagering license fee paid to the State and allocated to approved projects.