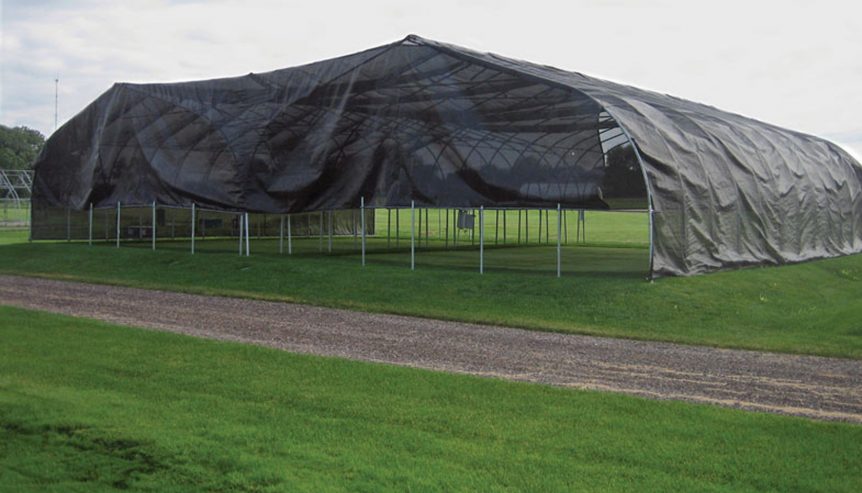 Nearly all cool-season golf and some warm-season golf is played on creeping bentgrass (Agrostis stolonifera) greens, and in many cases, these greens are subjected to some level of shade stress.

While some superintendents have unlimited use of chain saws, or what a previous supervisor called “Thunder” and “Lightning,” many superintendents have restricted access to them as shade management tools. In this case, management of shaded creeping bentgrass greens can be difficult, time-consuming and input-intensive. Shaded greens often require irrigation, fertility, cultural and chemical regimes that differ from full-sun greens. Even with all of this effort, the results may still be subpar.

Creeping bentgrass is an excellent putting green turfgrass, but is there another turf that will provide better playing conditions in shade?

Why take another look at velvet bentgrass? If it did not work in the second half of the 20th century, why would it now?

Thanks to a resurgence of velvet bentgrass research in the 1990s and beyond, we now know much more about its proper management in modern golf turf situations (2). New velvet bentgrass cultivars, such as SR 7200, Legendary and Vesper, exhibit a more desirable dark-green color than the earlier cultivars (2, 11). Modern velvet bentgrass cultivars also have comparable, or better, wear tolerance (4, 12) and require no more nitrogen than creeping bentgrass (1, 7). Velvet bentgrass also uses less water than other bentgrass species (6) and is a top performer in low-input fairways (13). Recent research has shown that velvet bentgrass maintains acceptable putting green turf quality on soils outside the coastal regions of the northern United States (7, 8).

Because of our improved understanding of velvet bentgrass input requirements and the improved color of modern cultivars, velvet bentgrass can be properly managed to provide playing conditions and appearance equal to those of creeping bentgrass. Therefore, the goal of this research was to compare the relative shade tolerance of these two bentgrass species in an effort to determine the best bentgrass for shaded putting green situations.

Bentgrass species served as whole-plot treatments, and each was randomly split to receive one of two trinexapac-ethyl rates (0.0 and 0.125 ounce/1,000 square feet; 0.0 and 0.38 liter/hectare). Three annual nitrogen rates (1, 2 and 4 pounds/1,000 square feet; 49, 98 and 196 kilograms/hectare) were stripped across the bentgrass species and trinexapac-ethyl rates. Plots were maintained at 0.125-inch (3.2-mm) height of cut using a Toro walk-behind reel mower and irrigated at 40% ET replacement. Nitrogen treatments were applied at 14-day intervals, using urea as the nitrogen source, and trinexapac-ethyl was applied every 28 days, both beginning for each growing season on May 15, 2009, and May 3, 2010.

Black shade cloth was installed over both hoop houses from May 10 to Oct. 25, 2009, and from May 13 to Oct. 18, 2010, to reduce photosynthetically active radiation (PAR) by approximately 80%. The installment and removal dates corresponded with area of spring tree leaf development and fall tree leaf senescence. Of particular note is that 80% shade cloth provided more than 80% shade when compared with calculated 80% of full sun PAR values (Figure 1) (9).

The amount of nitrogen fertilizer had a greater effect than Primo applications on turf quality of both bentgrasses. Fertilization at the high rate of 4 pounds/1,000 square feet (196 kilograms/hectare) resulted in turf declining to less-than-acceptable quality by midsummer of the first year, while the other fertilization rates of 1 and 2 pounds/1,000 square feet (49 and 98 kilograms/hectare) held acceptable quality through early September (Figure 2).

Declines in turf quality in the second year were less severe, but all rates ended with unacceptable quality. The best fertility rate for both species under 80% shade was 1 pound nitrogen/1,000 square feet. This confirms that fertility inputs must be reduced for shaded turf. Overfertilization results in turfgrass plants depleting their carbohydrate reserves and becoming unable to generate adequate replacements.