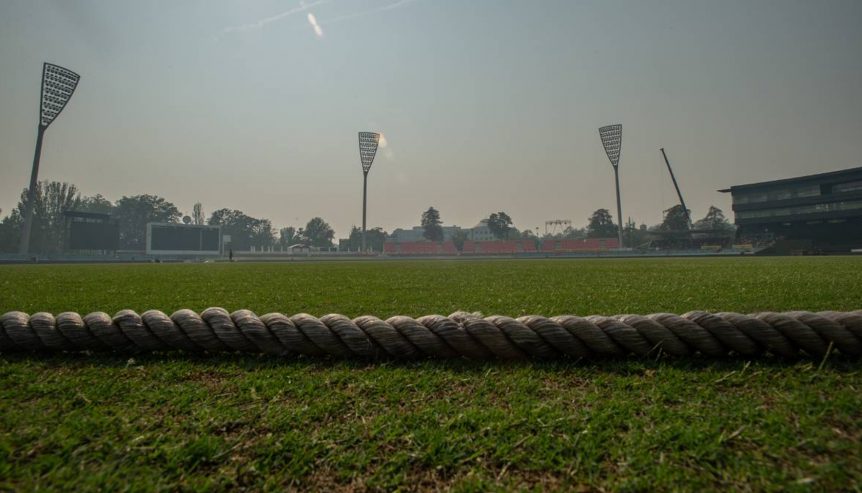 Grounds staff at Manuka Oval have been ordered to put down their tools and remain indoors as a smoke haze continues to linger over the city at dangerous levels.

Canberra choked through the worst air quality of any city in the world on Thursday and the haze is expected to remain at hazardous levels as the city prepares to endure worsening conditions this weekend.

Ground staff are preparing for the Big Bash League’s return to Manuka Oval, with Sydney Thunder set to host the Melbourne Renegades at the venue on January 15.

It comes just weeks after a smoke haze forced a match to be abandoned at the venue, leaving Sydney and the Adelaide Strikers to split points.

The air quality in Canberra has continued to deteriorate, with Cricket ACT boss James Allsopp demanding the venue’s ground staff to put down their tools until conditions clear.

“I told our ground staff at Manuka Oval that under no circumstances, whatsoever, are they to go outside on Thursday or Friday this week,” Allsopp said.

“There’s more important things at play at the moment than sport, unfortunately. It’s terribly sad what’s going on around us.

“The grounds team only need about a week to make sure the quality of the wicket is good and practice wickets are available.

“We’ll reassess what the conditions will be like on Sunday and hopefully they’ll be able to get outside on Monday to start preparations for the Big Bash game.”

Cricket ACT are struggling to reschedule a round of the ACT Premier Competition’s Twenty20 Cup which was cancelled last month due to the haze.

The smoke from the surrounding bushfires has also disrupted the ACT Meteors’ training schedule as they prepare for the second leg of the Women’s National Cricket League next week.