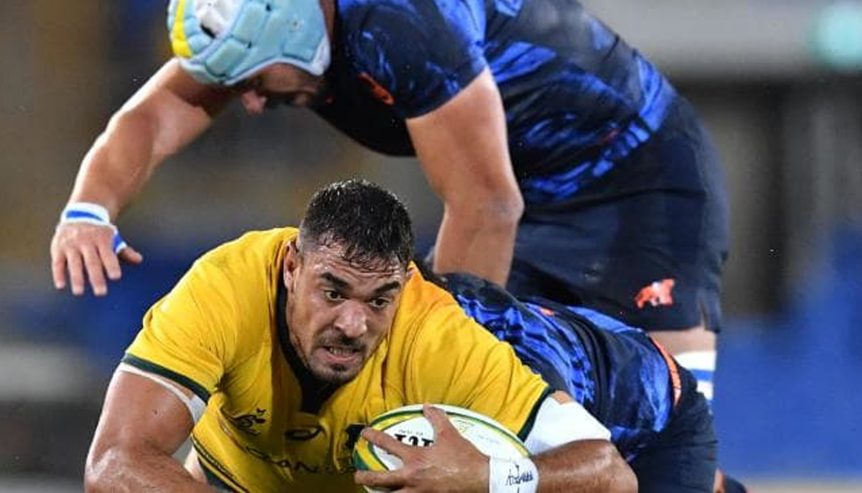 A touch over 16,000 fans turned out to 27,000-capacity CBUS Super Stadium on Saturday night to watch the Wallabies lose a nailbiter 19-23 to Argentina.

Large areas of the four stands sat glaringly empty, but the official turnout of 16,019 was up on the paltry 14,281 who attended Wallabies-Argentina at the same venue in 2014.

In the lead-up, city leaders had expressed fears another repeat of the low turnout could impact the city’s ability to get another international any time soon.

A Rugby Australia spokesman yesterday told the Gold Coast Bulletin the organisation was “happy with the turnout” but Gold Coast former first-class players are blaming what they felt was woeful marketing in the lead-up.

Gold Coast-based ex-Wallaby Mat Rogers said CBUS stadium itself wasn’t the problem: “Its not where it is, or how people are getting there. It’s what they are doing to get people in.

“Sport is for the people and Rugby Australia needs to make sure they feel valued because at the end of the day it comes down to them going.

“No surprise that crowd wasn’t as great as they hoped. It’s been a tough market on the Gold Coast for a few years now.

“Why the numbers were so low, well I don’t know that but there has to be answer there somewhere, somehow,” Mr Rogers said.

“People are getting tired of spending their hard-earned money on a game with no turnout.

“They need to turn the focus from reaching out to people who aren’t from the Coast, coming from interstate and work on marketing the Gold Coast for the Gold Coast people.”