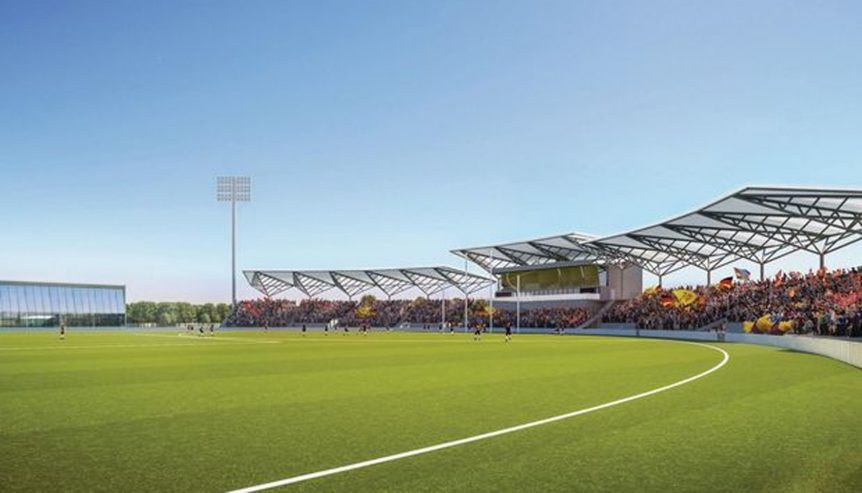 Imagine watching the likes of Tom Lynch from the Gold Coast Suns or Chris Lynn from Brisbane Heat flexing their playing muscles at Mackay’s very own Harrup Park.

It’s a dream that could soon come true with the Country Club launching plans for a $37 million upgrade to its main cricket and AFL playing ground (Oval 1) to a tier 1 national standard in a bid to secure regular AFL and Big Bash cricket matches.

With the Queensland Election only weeks away, Harrup Park management decided to strike while the iron is hot and have fast tracked a proposal for $24.22 million in state government funding for the expansion.

The major project, Harrup Park Stadium Development, would be delivered in two stages with the first stage to include the ‘North Stand’ comprising of four levels accommodating new media, player and match officials facilities as well as 2108 new covered modular seats to the front and west – increasing the capacity at Harrup Park to 9370 patrons for sporting events.

A media gantry for AFL would be constructed adjacent to the existing clubhouse with other additions including two new modular food/beverage outlets, a new toilet block and change room adjacent to Oval 4, a new car park and Outdoor Broadcast compound off Kippen Street, two team dugouts, upgraded practice nets and upgraded wicket to accommodate international games. 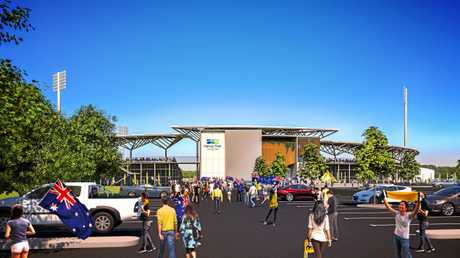 An artist’s impression of the expanded Harrup Park Country Club resulting from the stadium development project.

Harrup Park Country Club general manager Matthew Cielens said the project had been in the making for 12 months and if the funding submission is successful, the first stage of the project could be complete by 2021.

Developed in close consultation with AFL and Cricket Queensland, Mr Cielens said the proposed development would position Mackay as the national region of choice for major sporting events.

“The sky is the limit; if we have the facilities we are able to put our hand up and be a competitor amongst others for these events,” Mr Cielens said.

“Next year, the Gold Coast Suns have had to relocate some of their games because of the Commonwealth Games and whilst we missed out on that, if we had a facility that was at the same level or better than those around us, we’d be in a position to host those events.

“For locals and children to be able to see their sporting heroes in a community environment rather than having to travel for long distances is something that benefits not just Harrup Park but the community.”

Mr Cielens said Harrup Park would incur the operational costs going forward, which was a major win for local government.

During the construction phase, the project is expected to create 93 direct and indirect jobs and 42 direct and indirect ongoing jobs. It’s estimated the development would attract three state, national or premiership events annually, with an average 8,000 patrons attending each event, resulting in an injection of $6.1 million to the Mackay economy each year. If funding is secured construction should begin in 2019-2020.