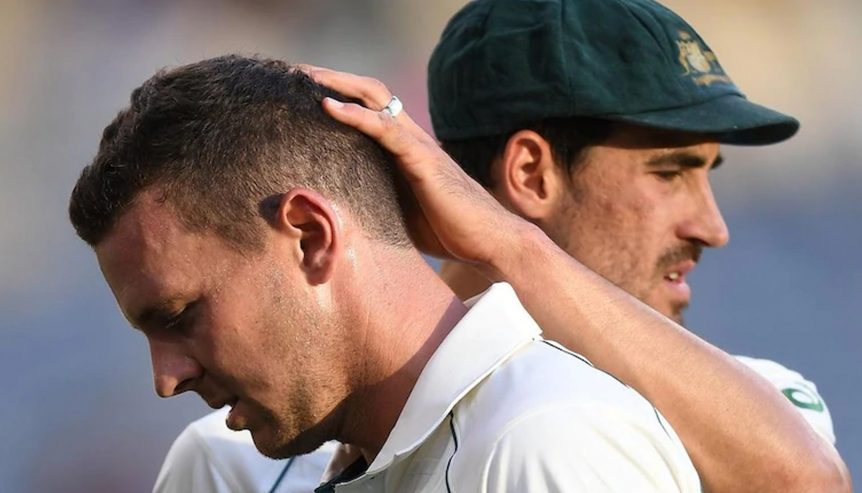 Has the Optus Stadium injury curse transferred across to cricket?

AFL side West Coast have been plagued by foot injuries since they started playing games at the $1.6 billion venue in 2018, and Fremantle have also encountered some issues.

Both the Eagles and Dockers were so concerned about the hard nature of the field that they stopped training at the venue for a period last season.

But two soft tissue injuries in as many days during the day-night Test between Australia and New Zealand have raised some questions about whether Optus Stadium played any part in the ailments.
Debutant Kiwi paceman Lockie Ferguson injured his right calf on the opening day after bowling 11 overs.

And Australian speedster Josh Hazlewood lasted just eight balls before suffering a tear to his left hamstring on Friday.

But given the main problems encountered by the AFL sides were related to foot problems, the soft tissue injuries suffered during the day-night Test may be nothing more than bad luck.