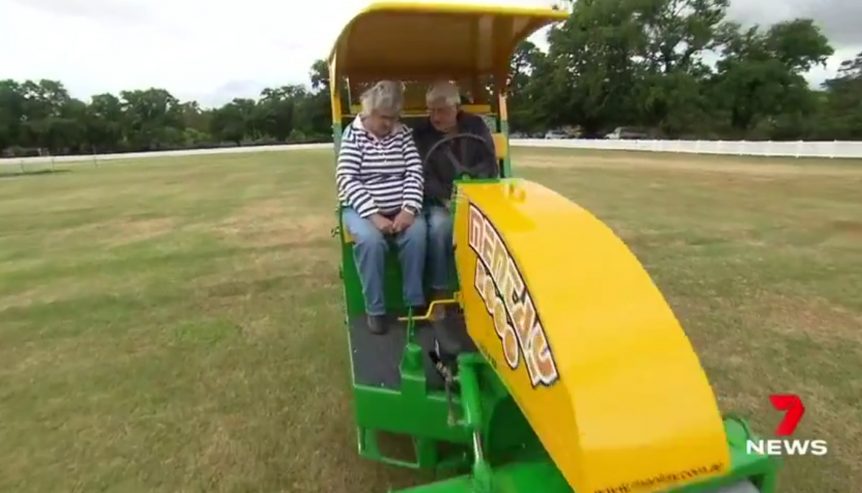 At times like these, when things are pretty tough-going for many people in the world, it’s always nice to hear a good news story. And that’s exactly what happened recently at Malmsbury Cricket Club in Victoria. We caught up with Chris Ganim, the Vice-President of the club and he told us all about it.

“Our club’s groundsman, Laurie Marshall, came to Malmsbury from Kyneton in the late 1970s and has maintained their turf pitch for many years. Laurie initiated the installation of turf pitches at Malmsbury in the early 1980s and has nurtured them ever since, using the same walk behind roller purchased at the time. He’s now 84 and still going strong!

“Just before COVID-19 shut us down, Laurie won the Local Legend’s Competition featured during Channel 7s Big Bash coverage. He and his wife Irene won a P&O Cruise and the club received a cash prize valued in excess of $10K. Unfortunately, they haven’t yet enjoyed their cruise and are probably unlikely to do so, due to the ongoing effects of the pandemic.

“Then just before Christmas, Laurie called me sounding quite upset, to tell me that the motor from his beloved roller had been stolen. I called Nick McCallum from Channel 7 who had come out and filmed the Big Bash feature about Laurie and he kindly returned on the Tuesday and did a story on the news about it that night, which was brilliant. It really tugged at the heart strings and the response the next day was overwhelming.

A country cricket legend has been devastated by a heartless theft. Groundsman Laurie Marshall is already battling cancer – and has now been dealt a new blow. https://t.co/5zYfOfohG3 @NickMcCallum7 #7NEWS pic.twitter.com/pgwbpbwAnv

“I received calls from dozens of people offering to donate their motors and other cricket clubs were offering to lend us their unused rollers. And then Mentay in Ballarat called. The owner, Tristan, was touched by Laurie’s plight and incredibly donated a brand-new ride-on roller, valued in excess of $20K to our club. The following week, Nick from Channel 7 returned to do another story on the day the roller was delivered. 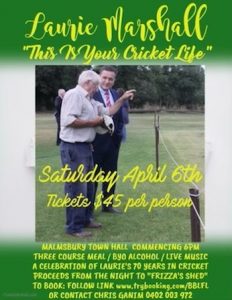 “Laurie has been very much overcome by the generosity. For all these years he’s just been happy to prepare the pitch from week to week, with no fanfare. It’s fitting that everyone is now acknowledging what he’s achieved over the years. 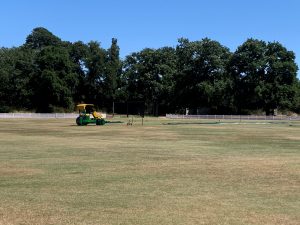 “The new roller will make things so much easier for him with the health issues he battles and now hopefully he will have many more years to enjoy using it. Our MCG has never looked better!”

Devastation has turned to delight for legendary country cricket groundsman Laurie Marshall. After seeing our story on the heartbreaking theft of Laurie’s old roller last week, a Ballarat company today came to his rescue – with a much better version. @NickMcCallum7 #7NEWS pic.twitter.com/PsmHFuH9Qv