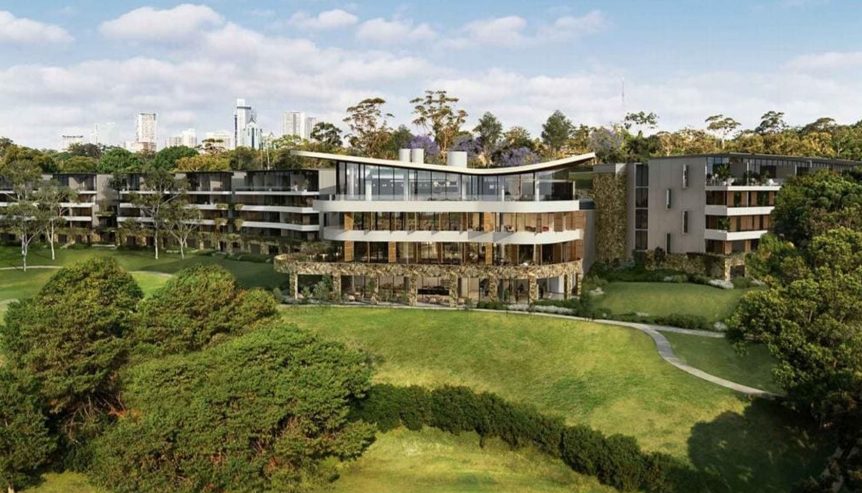 A golf course on Sydney’s north shore is set to be transformed under plans for a five level retirement complex the club said would address dwindling membership and the region’s senior housing needs.

The Chatswood Golf Club has revealed new plans to redevelop its site into a 106-unit retirement complex, along with a new clubhouse and facilities including a hydrotherapy pool and a cinema.

The $107.3 million proposal lodged to Willoughby Council shows the revamp would involve demolishing the existing clubhouse and carpark on the eastern edge of the course to make way for three buildings up to five levels tall.

The two-building retirement complex would have “serviced self-care” units funded and operated by Watermark Living, which currently runs similar facilities in Castle Cove and Freshwater.

A separate four storey clubhouse building would also be funded by Watermark under a 150 year lease agreement with the club that would give residents use of facilities including a library, salon, bistro dining area, hydrotherapy pool and cinema.

The 65-year-old golf club said the redevelopment would “ensure the long-term sustainability and ongoing viability” of its operations and boost membership numbers by locating up to 150 potential members on-site.

“Public golf courses have to compete with larger and more challenging courses on the north shore to attract membership and social golfers – keeping it competitive is costly and also subject to the vagaries of the weather,” the club said.

“(Our) new strategy is to revitalise the site for seniors, the less agile and the beginners’ market.

“Importantly, (it will) involve a financial operating structure that provides a boost to club membership and a permanent income stream.”