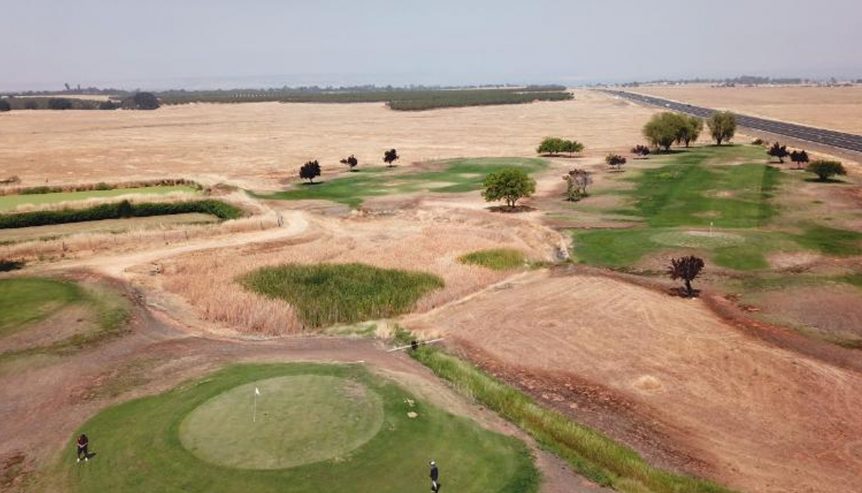 The 30 or so golf courses in the Salt Lake County of Utah drink up around nine million gallons of water a day to stay pristine green — that’s more than 13 Olympic-sized swimming pools.

Managing the turf on golf courses also means using carbon-intensive fertilizers, plenty of mowing and, in many cases, clearing forests or trees that were soaking up carbon-dioxide to make way for long tracts of fairway.
In other words, golf is a dirty sport that’s wrecking the planet. But it doesn’t have to be.
The impact of golf on the climate and environment has led to growing calls to make the sport more sustainable — even to play on bone-dry courses, as golfing legend Tiger Woods has enjoyed.
And it’s not just to save the planet, but to save the sport itself, as the climate crisis threatens to transform many courses into muddy swamps.
The president of the American Society of Golf Course Architects (ASGCA), Jason Straka, told CNN Sport how the climate crisis has been affecting golf in flood-threatened Florida, and in Ohio and Utah, which have been hit by warmer-than-usual weather and even drought.

“Clubs never used to have to close after two-inch rain, now they do. They also experience sunny day flooding,” said Straka.
In Miami, authorities are raising public drains to a minimum of 3.4 feet, but more than 50% of courses in the city are under this minimum, which rings alarm bells for Straka.
“If they don’t go out and literally lift their footprint up in the air, they’re going to be in a perpetually deeper and deeper bathtub,” he said.
“If they think they have problems now, in 10 years, they’re going to be a swamp.”
But change will equate to cost, which is where golf’s critics find their voice once more: courses are just not sustainable anymore.
While courses in the eastern US are being threatened by changing rainfall patterns, deadly wildfires that ripped through the west, including in California, have led to poor air quality and course closures in recent years.
Less stark, but by no means less worrying, are rising temperatures in Ohio, which are being infested with Bermuda grass, a warmer-season grass that can be difficult to control. 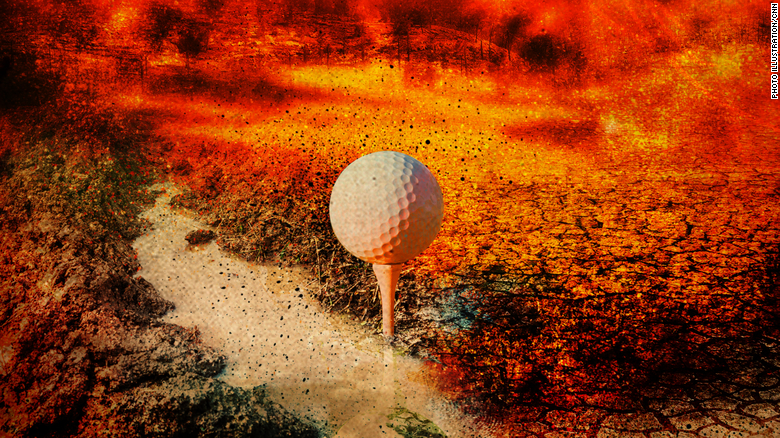 Rain, fire, floods and ice
The situation in Australia is similar: Lynwood Country Club, northwest of Sydney, was flooded in 2020 and again earlier this year. At one stage, parts of the course were over 26 feet under water, while up the New South Wales coastline, Nambucca Heads received 42.5 inches of rainfall in just eight days.
On the same eastern coast, some 350 miles south of Sydney in the state of Victoria, Mallacoota Golf Club very nearly perished during the bushfires of 2019 and 2020, the fairways providing a sanctuary for townsfolk. Club Catalina, further up the NSW coast, broke the firewall that threatened to wipe out the town.
But in a country accustomed to regular wildfires, courses are adapting by trying to capture water when rain is heavy for use in course irrigation, or even to put out fires.
“Golf courses in Australia, by and large, all have some sort of irrigation storage which are very useful for fighting fires,” Society of Australian Golf Course Architects (SAGCA) President Harley Kruse told CNN Sport, echoing Straka’s comments on future forecasts.
“Last year in Sydney, there was a 1-in-100-years flood event. We’re going to get an increase of various storm events which could be wind, rain, cyclone or we get a greater increase in drought events. Golf courses need to be flexible and more understanding.”
Fellow Australian Tim Lobb, President of the European Institute of Golf Course Architects (EIGCA), is promoting naturalization and grass reduction in Turkey to decrease water usage — 15-20% of the area that was fine turf will use a lower-maintenance grass species.
In cooler regions, coastal courses around the British Isles face a very uncertain future — none more so than the world’s fifth-oldest layout in Montrose, a few miles up the coast from major championship venue Carnoustie, where in the last 30 years, the sea has encroached by almost 230 feet (70 meters) in places, according to research released in 2016.
With sea levels projected to rise by one meter in the next 50 years, the home of golf at St. Andrews in Scotland could be a swamp like Miami as early as 2050.
Over in Iceland, Edwin Roald, renowned Icelandic architect and founder of Eureka Golf — a company “committed to mitigating climate change through golf” — told CNN how greater frequency of water freezing and thawing cycles in colder Northern Hemisphere climates is becoming a real danger to courses.
“We have a lot of issues with frozen water […] and a lot of flash flooding, repeatedly throughout the winter. It’s allowing that to happen without the water eroding the land.
“Winter kill, through the turf’s suffocation under ice cover, is a greater threat and increasing. This causes financial damage to courses that are opening in spring with dead turf.”
Source, Images & More: https://edition.cnn.com/