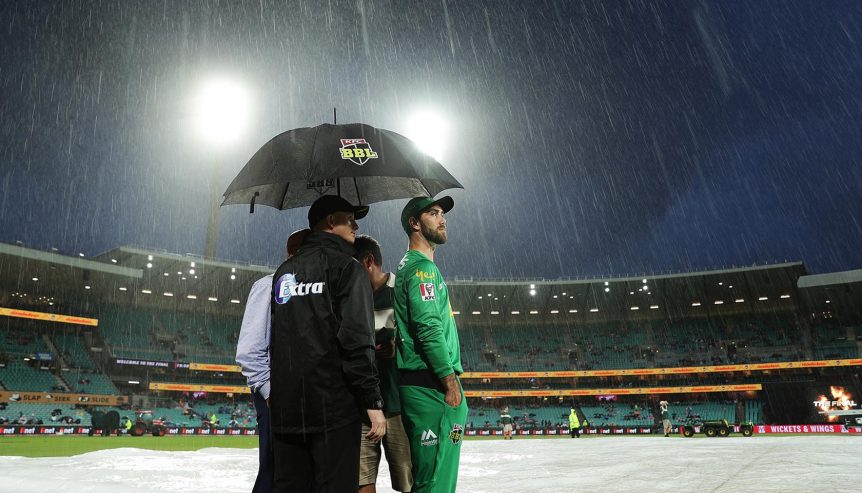 Even before Adam Lewis helped pull back the drenched covers off the SCG pitch on Saturday night for the first time since dawn, the ground’s head curator might have been the only person in Sydney to think the KFC Big Bash final might actually go ahead.

In the preceding 72 hours the harbour city had been soaked by a biblical proportion of rain. More than 200 millimetres had been dumped on the SCG, prompting Cricket Australia to consider moving the decider to Melbourne or abandoning the showpiece game entirely.

But Lewis knew if the heavens showed mercy for just an hour or two at the right time, everything was in place to get a game in.

He was right, doing what the countless pundits who had ridiculed the decision to play the game in a city issuing flood warnings presumed was impossible.

The Sydney Sixers won their second title on an immaculate playing surface in a rain-shortened encounter. Lewis and his team of 11 groundstaff would have been equally deserving of the medals.

“We knew the weather was coming so we pre-planned and got the wicket ready a lot earlier than normal knowing we wouldn’t be able to get onto it once the rain started coming in,” Lewis told cricket.com.au.

“I don’t like to rush them, but with this one we had to.” 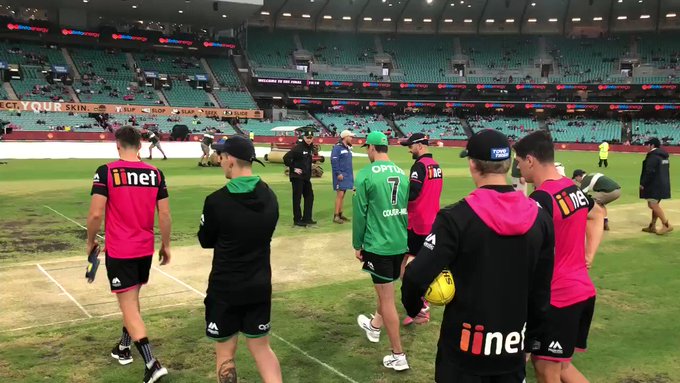 Lewis rolled an already-used wicket to be ready essentially three days before the game was scheduled and then battened down the hatches.

Sydney got more rain on Thursday and Friday than it had had on consecutive days in three-and-a-half years.

Lewis and his team waited for any break in the downpour, whipped off the covers protecting the wicket square, changed the hessian that stops the pitch from ‘sweating’ and acts as a barrier between the covers and the turf before layering it all back on.

They had also ‘verti-drained’ the outfield, punching holes in the grass so water wouldn’t pool and instead would flow through quicker to the ground’s world-class drainage system. Changing the grass over to the couch type preferred by turf experts following a U2 concert in November also helped.