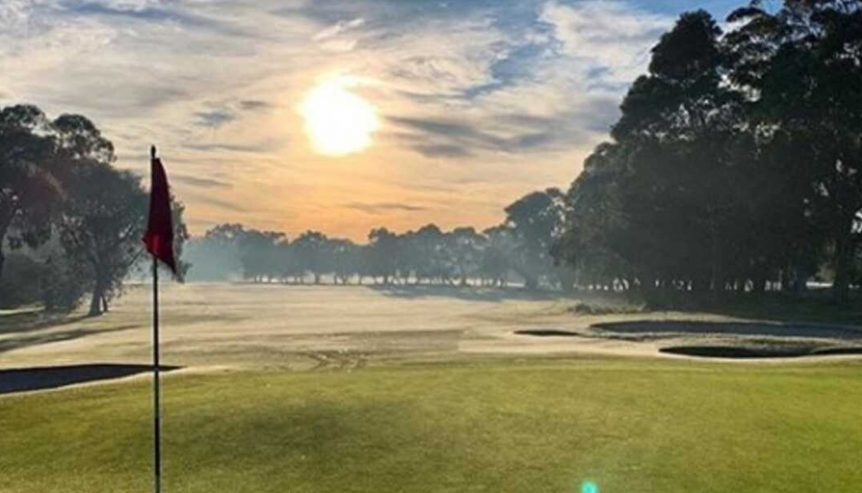 Despite a wide-ranging career background from business management to equestrian biomechanics, it was Anna Nilsson’s love of golf that meant she moved 1,000 miles to take up a greenkeeping role at The Belfry – a job she both loves and one she hopes will inspire other women to take up. Here she details her story.

Anna was born in the north of Sweden at my family’s agricultural farm which now breeds moose and reindeer. Se moved, when she was young, to Italy, and then Yorkshire and then settled in Wales, where she grew up and spent most of my life.

Nilssons background is in breeding, competing and selling horses and showing dogs. She always enjoyed spending time at golf courses, and had golf lessons at the Celtic Manor Resort and at some local golf clubs when she was younger.

Nilssons also has a wide background in business management, welding and heat certificate, politics, law, PA, bookkeeping, animal and equestrian biomechanics, biology, medicine and HGV, but the only consistent thing in her life after horses was golf. Anna explained “I’m no Annika Sörenstam, so I had to rethink my career move and how I could keep the golf course as my office, and my partner was an assistant head greenkeeper, so it felt it was the natural way to go.”

Anna and her partner moved back to Sweden where she continued working on several golf courses over the years and gained a variety of experience working in snow as well as fixing moose and wild boar damage on the course.

When asked what Annas biggest challenges were she replied with “I’ve had one challenge, 10 years ago I was told by a course manager that I didn’t have the brains to be in his greenkeeping team (actually my IQ is in the top two percent of the Scandinavian population according to Mensa but, you know). I landed a better job that got me more opportunities, so it worked well to connect the dots looking back after a while.”

Greenkeeping teams are still almost entirely male-based. How have you found working in a team of guys; what would you say are the pros and cons?

“The pros are that we have good banter and I have several brothers from another mother, it’s all good! I’ve made so many lifelong friends. Cons are … there are none. It’s not about gender really, it’s about people.”

What advice would you give to young women who may be considering a career in greenkeeping and turf management?

“Go for it and completely boss it. Give me a call and I’ll be your big turf sister!”