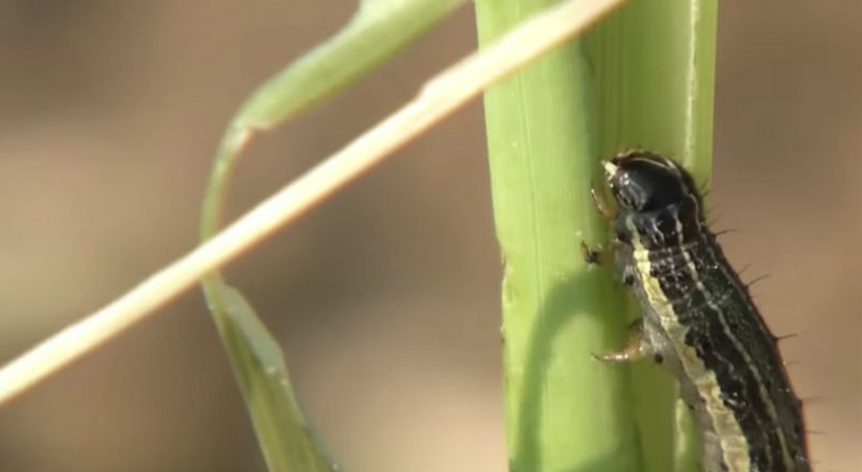 The household lawn is our swatch of the street-level sanctuary, which when at its best, is a soft and giving place for the footfall of family and friends.
However, it is my melancholy duty to inform you, that after months of summer rain, this suburban sanctum is under attack, from an invading force that is leaving lawns traumatised and decimated.
The offender? The armyworm.
“They are very quick and voracious eaters,” says armyworm aficionado Jonathan Gamer, from the Australian Institute of Horticulture.
“They can decimate it quite quickly.”
Jonathan gives me the drum on how to ID the multiple miscreants.
“First thing you look out for is probably birds on your lawn in the morning,” he advises, as the birds recognise the extra feed available.
“The next thing you’re looking for is a small area of grass that looks clipped; that’s usually evidence of where the grubs, which are really caterpillars, are starting to feed.
“And often the moths are the giveaway, and you’ll see them in the evening.”
It’s an army that did more damage to Lee’s north-west Sydney backyard than the two enthusiastic preschoolers Otis and Bear running around her frantically, as we talk and she holds baby Banjo.
“We thought they were cute little caterpillars at first.”
“At first?” I query, “at first,” says Lee.
“And then what happened?” I ask, “and then they multiplied,” says Lee. 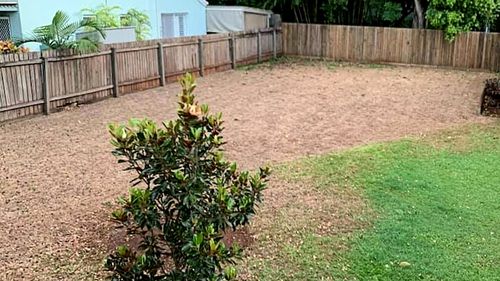 It was a similar story for lawn loving Jarrod, on the city’s southwest side.
And Jarrod is a man who created his lawn from scratch, seeding the bare dirt with perennial ryegrass mixed with Kentucky blue.
Any deviation in the consistency of turf was an immediate concern.
“I was away on a job, and the wife gave me a call and said there was something happening to the lawn.”
I guess Jarrod’s response, “did you ask for a photo to be sent immediately so you could survey the damage?”
“Ahh, yes, I did,” confesses Jarrod.
But our armyworm expert has a plan, factoring an early, aggressive counterattack, using a chemical hat trick of options, those being the only adequate response, and especially so in this unusually wet and warm weather.
Failure to do so risks your lawn entering a turf threatening, entomological feedback loop.
“The quicker the turf grows with this rainy weather, the quicker the caterpillars can eat their way through, and repeat their life cycle.”
But early intervention, can meet the armyworm head-on, and defeat him, as witnessed by the recovery of Jarrod’s front lawn in making.
“You can see the limerick green starting to kick through from the Kentucky Blue,” I note.
“Yep,” says Jarrod, a note of pleasure in his voice.
“I’d say were 85 percent of the way there.”
Source, Images & More!