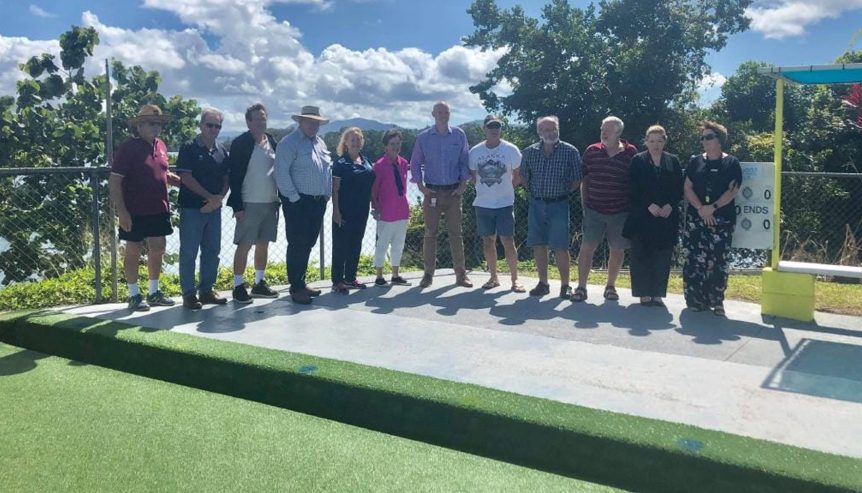 The bowls club, only four years shy of its centenary, has been experiencing erosion from the Johnstone River for more than 10 years which has resulted in visible signs of collapsing toward the river along the footpath, around the bowling green, and part of the carpark. After inspecting the site Mr Knuth along with the bowls club committee, raised the issue with the minister, which resulted in a visit from the North Region Executive Director of the Department of Natural Resources, Mines and Energy Andrew Buckley last month.

Mr Knuth said while they don’t have the green light yet, the steps to this point looked positive.

“Mr Buckley reported back from the Minister’s Office recommending two highly suitable grants, one which requires application from the bowls club, and one requiring the backing of CCRC,” Mr Knuth said.

Cr Nolan tabled a letter to council written by Mr Knuth after he received a directive from the minister’s office outlining ministerial guidance to application process.

“The Innisfail Bowls Club has become a community asset hosting social and competitive events for clubs and groups in the region, so keeping its doors open and the bowling green usable is vital,” Mr Knuth said.

Cr Mark Nolan said management will now process the request to apply for Building Our Regions funding application through the executive management team, once they have addressed the matter it will come back to the counsellors for adoption.

“I think the word partnership is important and I’d like to say that with Mr Knuth helping to source external funding to assist or correct the erosion issue at the Innisfail Bowls Club along with the council, it looks positive,” Cr Nolan said.