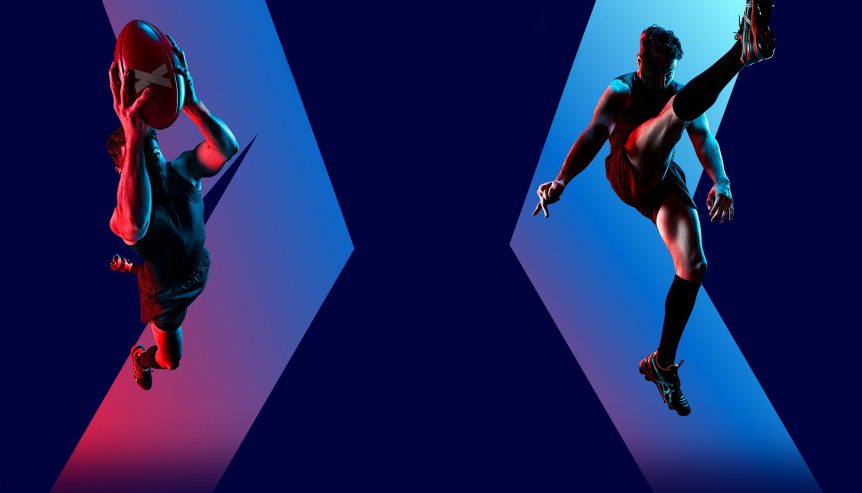 Whether you’re an avid AFL fan or prefer another code of football, it’s worth taking note of 2018’s newest brand of footy – AFLX.

Intended for AFL fanatics and non-believers alike, AFLX is designed to take all the best bits of normal AFL and pack them into a more compact, explosive format.

The first game will kick off at Adelaide’s Hindmarsh Stadium on 15 February, with a follow-up game at Melbourne’s Etihad Stadium the next night, before closing out the three game round robin series on the Saturday night at Sydney’s Allianz Stadium. There has been some resistance from A-League officials and fans in regards to the use of Hindmarsh Stadium, in light of Adelaide United’s point-wielding game being scheduled on the ground a mere 48 hours afterwards.

Most interestingly, the game will be played on a rectangular field, as opposed to the traditional oval that is such a recognisable feature of AFL. The AFL have claimed this is to try and increase the appeal of AFL on an international stage, where a rectangular playing field is most common.

AFL game development manager Andrew Dillon told the Herald Sun, “AFLX has been created to provide us with the options to play a form of the game in places where oval grounds are limited and to showcase our game internationally at a point in the future.”

The teams involved in the pilot are Collingwood, Geelong, Adelaide, Port Adelaide, Fremantle and West Coast. Aside from the shape of the ground, the rules and style of the game will vary from ordinary AFL in a number of ways. 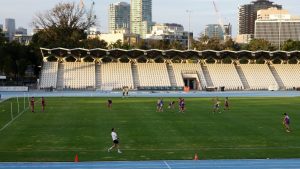 For a start, there will only be seven players on the ground per side instead of the usual eighteen, and only three extras permitted on the bench. The game will also be decided within two 10 minute halves – vastly shorter than the usual four quarters spanning two hours. There will also be other exciting amendments like 10-point ‘super goals’ and last-touch out of bounds rules.

Just as Big Bash is to a cricket test match, AFLX will have an assortment of on and off-field entertainment to get the atmosphere pumping, including a fireworks display, kids and family areas and DJ music.

It will be interesting to see whether any big-name AFL players will hit the turf, or whether it will merely be familiar faces from the VFL, SANFL and WAFL.