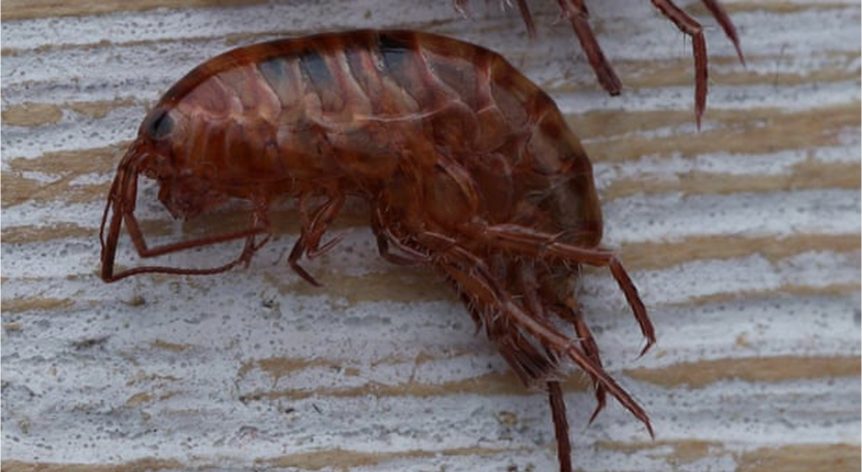 People on Australia’s east coast are finding strange uninvited guests lodged in their carpets and hopping around their homes after record rainfall.

The small dull brown creatures are a type of prawn that live on land.

They’re known as lawn prawns or forest hoppers, and they’re joining the growing list of critters searching for dry shelter in people’s homes in New South Wales and Queensland where frequent heavy rain has already caused several floods this year.

“It’s not very often people see them and that’s why it’s quite surprising for people to find them in their homes,” said Shane Ahyong, a research scientist on marine invertebrates at the Australian Museum. “Usually they’re hidden, unless you’re looking for them you won’t find them.”

The lawn prawns are harmless and are normally found by the thousands in moist soil beneath leaf litter on Australia’s east coast. But unlike their marine cousins, they can’t breathe underwater. So as the heavy rains swamp their habitat, they’re climbing into people’s homes.

Once they are in people’s homes, they eventually die from lack of moisture, turning from brown to pink.

While their marine counterparts are a popular dish, the lawn prawns do not compare on taste.

“You can eat them if you want,” Ahyong said with a laugh. “But they won’t do much for you, they’re very small.

“The key message is don’t see them as a threat, see them as a benefit. Please don’t use pesticides because that will kill them, having a lot of them in your leaf litter is the sign of a healthy system.”

There are 30 native species of lawn prawns and these are some of what will be found in back yards. But there are also a number of introduced species that are thought to have been transported here in soil from Sri Lanka or India.

“Besides the fact they’re just really cool, it’s good they’re being brought to people’s attention because we don’t often think of crustaceans in our back yard,” Ahyong said.

“You think of insects, and you think of bees and birds and lizards. But crustaceans are actually playing a really important role in the ecosystem.” They act as a “recycler”, improving soil by eating decaying leaves and breaking down organic matter.

“If you go into the back yard and dig around under mature leaf litter you’ll often see them. To escape predators they hop and bounce around. If you see things jumping around or shuffling quickly in the soil, it’s probably them.”

Though it is yet unknown how the lawn prawn populations that live in state forests have been affected by floods, Ahyong said he doesn’t consider the populations of back yard lawn prawns found in homes at risk.

But increased warming and flooding resulting from the climate crisis will inevitably have an impact on lawn prawns, he said. “Combine climate change with urbanisation and habitat loss, we are really reducing the number of potential sites that these animals can live in.”