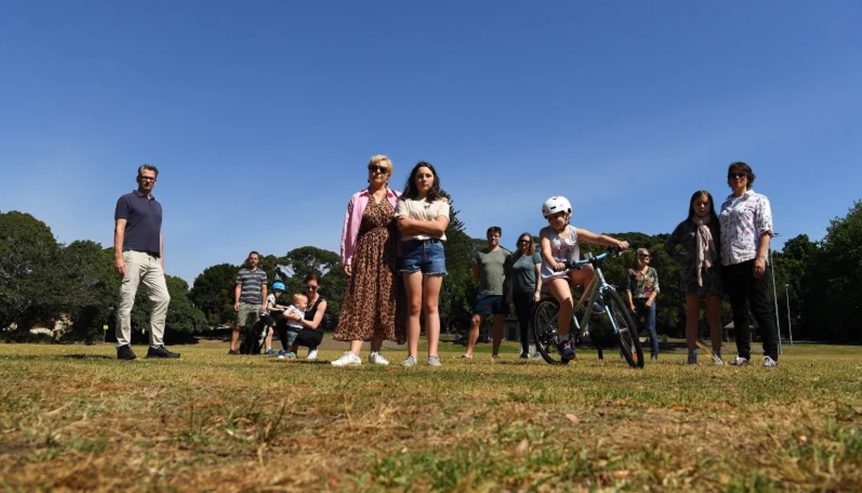 NSW Planning Minister Rob Stokes has asked his department to investigate sustainable alternatives to synthetic grass amid growing concerns about its environmental and health impacts.

Community groups, including those in Lane Cove and Bayside local government areas, are protesting against council moves across Sydney to replace old grass ovals with synthetic playing fields.

Critics say synthetic fields cause rubber and microplastics to leach into waterways; reduce the amenity for families and dog owners; potentially increase cancer risk through the chemicals used to make them; and cause unsustainably high temperatures near and on these fields on hot days.

“I am sufficiently concerned about the environmental impacts … and will ask the Department to examine what alternative technologies or techniques exist to maximise the use of community sporting facilities without hurting our environment,” Mr Stokes said.

“I absolutely loathe synthetic grass,” Dr Pfautsch, who specialises on the impact of rising temperatures in urban environments, said. “It is possibly the worst materials for heat and it is made from completely unsustainable, non-recyclable plastic that goes straight to landfill.”

New research by the Australian Microplastic Assessment Project (AUSMAP) with Northern Beaches Council, funded by NSW’s Environment Protection Authority, has found 80 per cent of the waste entering stormwater drains was black crumb (recycled tyres used for the base of these fields) and microplastics from astroturf – compared to 5 per cent in areas without these playing fields.

AUSMAP director of research Dr Scott Wilson said they were “definitely finding a proliferation of the crumb and some grass” particularly when many games had been played and after wet or windy weather.

Council policy on these fake fields varies. The City of Sydney, for example, has established guidelines on when and how they should be used. Others have no policy at all.

Court cases against astroturf manufacturers are proliferating around the world. In Sydney’s south, the Friends of Gardiner Park have taken Bayside Council to the Land and Environment Court to stop work on construction of a new synthetic oval.

A spokeswoman for the group, Greta Werner, said there were already six government funded synthetic playing fields within 3km of Rockdale station.

“The minister said that synthetic fields allow intensive use so other green spaces can be made available to the public. There are no other green spaces within walking distance,” she said. “We used to play frisbee in the park with our kids … there will be nowhere to play informal games like this.”

Ms Werner’s group is also concerned about the impact of synthetic turf in an area that floods into the Cooks River. That’s also a big concern for citizens in Greenwich, who are fighting a proposal by Lane Cove Council to turn historic Bob Campbell Oval – where Gore Creek flows into the harbour – into a large synthetic field.