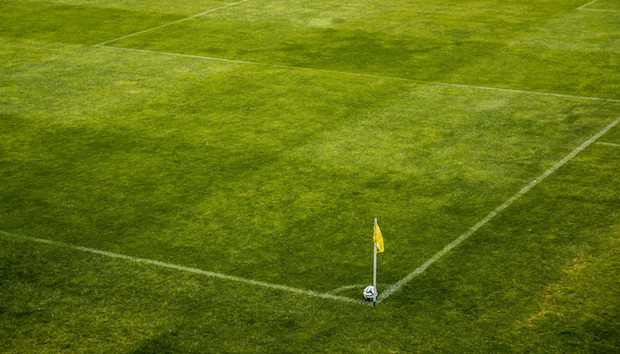 Our sports surface industry is challenged with finding solutions to the ever-increasing demand placed on sports fields.

One innovation that has been used to aid the stability and potential usage capacity of sports turf is the inclusion of synthetic materials within the root zone. Despite reinforced root systems having been around for close on 30 years, we have seen significant advances and global interest in root zone stabiliser systems over the past few years.

Synthetic stabilised systems are classified as either ‘reinforced’ or ‘hybrid’; these terms are interchangeable by many, but they are potentially very different. In brief reinforced root zone products provide support to the root zone, whilst hybrid solutions offer support through both the root zone plus the upper turf.

Labosport, the world’s leading sports surfaces testing house, has been to the fore in monitoring the new hybrid turf technology. We have been working with sports bodies such as FIFA (including the production of a handbook on hybrid systems) and World Rugby (including independent consultancy on the 2019 Rugby World Cup venues) to ensure councils, sports stadia and other sports facility owners have access to independent, expert information on what is the best solution for their sports field, including whether or not hybrid turf is the best option and if so what can be expected with respect to performance and future maintenance.

The purpose of this article is to provide the Australian sports industry with some of Labosport’s global experience on hybrid and reinforced turf systems.

– Hybrid turf can be further split between “stitched hybrid’ and ‘carpet-type hybrid’ systems. These two systems are illustrated in the following photos.

– It is inevitable we will see new, innovative hybrid products appear on the market. For example, the hybrid turf product “Hero” is a significant variation in that it negates the need for a solid backing.

– At last count there were at least 20 different makes of hybrid turf currently on the market.

As mentioned, stabilized root system products have been around for decades. The bulk of independent research and observation has demonstrated that the need for and benefits offered by root zone stabiliser systems are venue specific and will hinge on numerous variables.

In field trials benefits of inclusions have definitely been noted during the initial turf development stage, but the benefits decline in subsequent seasons as the turf system matures. Of course this may not be applicable in situations where the surface is periodically replaced or intensively renovated (due to high usage or opportunity to carry out major renovation), and in such situations we could expect a longer term benefit of the inclusions.

One notable benefit of stabiliser systems especially in young turf has been the reduced divot size and as a result more rapid recovery after use. This has been of particular value for rugby, given the potential damage done through scrummaging.

In Europe the stitched hybrid turf system, Desso Grassmaster, has proven particularly successful at improving surface stability and performance in recent years (interestingly the product has been around for over 20 years but it would appear stadiums have only recently discovered its full potential and how to optimise its use).

In Australia and New Zealand the majority of our stabilised turf systems were initially reinforced root zone systems, using products such as ReFlex mesh elements or StaLok fibres. More recently the use of the carpet-type hybrid systems, most notably Eclipse and Xtragrass, have dominated new sports field constructions.

What is clear from both research and observation is that for long term performance a hybrid turf system must be maintained in such a manner that the synthetic grass fibres are retained at or close to the turf surface. The current standard recipe with premier venues using hybrid turf systems in Europe is to completely renovate the surface after the football season to restore the synthetic grass fibres to the surface, allowing a good resting period to regenerate a fresh ryegrass sward.

Unfortunately, for many of our (multi-use) venues in Australia, finding a decent window to achieve a major renovation to clean up surface organic matter is more problematic. Furthermore the problem of organic matter accumulation at the surface can be compounded where couch (as opposed to ryegrass) is used.

Past observations around Australia where root zone stabiliser systems have been used clearly show that the inclusions end up being buried down the profile (through sand topdressing as well as organic matter build up) and in turn offer minimal, if any, benefit to surface performance.

It is apparent from recent research that the playing surface performance of a hybrid system will most likely to be different from a natural (or synthetic) turf system. The synthetic elements generally result in increased surface hardness and firmness. Clegg hammer readings (and vertical ball rebound) will be higher but are generally still in the acceptable range for football codes.

Hybrid turf typically provides a higher level of grip and traction than synthetic and natural turf. As mentioned the reduced divot size and greater surface stability is seen as a real benefit, especially for football codes such as rugby.

It must be understood by any party looking to invest in reinforced or hybrid systems that having the necessary skills and resources to maintain such systems is pivotal. Reinforced and hybrid pitches have specific additional maintenance requirements which, if not met, can results in rapid decline in both agronomic and playing characteristics of the surface.

There is no doubt that the success of a reinforced turf or hybrid turf system will hinge largely on how the surface is managed going forward. If fibres end up being buried beyond a certain point they will not benefit surface traction nor overall turf performance. There is also little doubt that maintenance of the turf needs to change dramatically if using a hybrid.

Maintenance of a hybrid turf system will need to consider what methods of aeration can be used without excessive damage to the synthetic component. The maintenance program will need to identify practical ways to limit and/or remove the build-up of organic matter or any topdressed materials.

The management of organic matter is pivotal to the long term success of any hybrid system. New machinery is likely to be needed in order to renovate the surface without damaging the synthetic component.

Our research and observations clearly show that there is no such thing as a standard recipe and each ground has a different make-up and requirement. What works well at one ground could be a white elephant at another.

Like any new technology (especially in an industry such as turf where there is currently very limited investment in research) it is inevitable that there will be a learning curve with hybrid systems. Recent installs are, to a certain degree, research sites.

Without doubt hybrid systems are here to stay and are making a big difference in many cases, both at the elite stadium level and with intensively used community level fields. However it is definitely a case of “horses for courses”.

For some, hybrid turf technology would be the wrong choice, especially if there isn’t the opportunity or commitment to undertake the correct maintenance. For others, hybrid systems will provide the opportunity to ratchet up the performance of the turf surface one more notch.