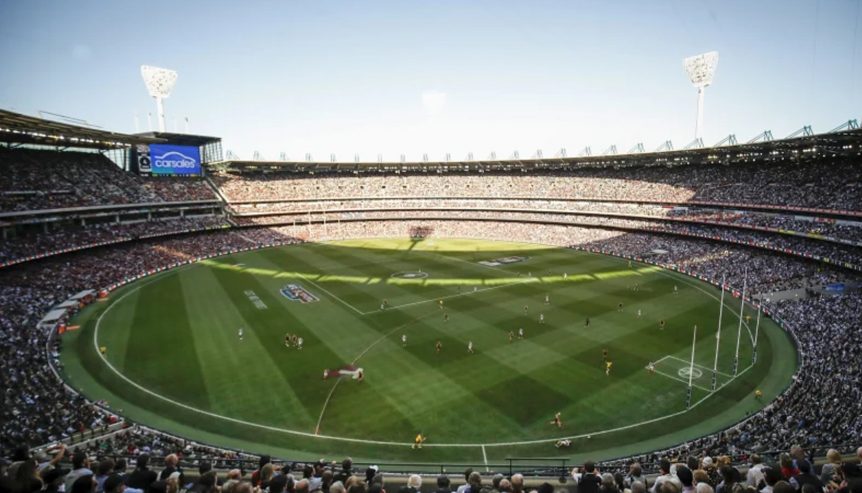 Almost half of the Melbourne Cricket Ground’s seating area could be rebuilt as plans accelerate for the biggest redevelopment in the landmark’s history.

The Victorian government is preparing to complete a feasibility study that will decide the future of the 45,000-seat Great Southern Stand, which holds nearly half the stadium’s capacity.

Two sources close to the process, but not authorised to speak publicly, said the study was likely to recommend an entire rebuild of the stand, at a cost of more than $1 billion. Work could start within five years.

Whether additional seating could be incorporated into what is already the southern hemisphere’s largest sports stadium is one of the topics under consideration.

The MCG’s 100,000-person capacity would be reduced during the renovations, which are expected to last at least two to three years, but AFL, cricket and other sporting matches would continue to take place.

The Melbourne Cricket Club, which manages the MCG, started a redevelopment feasibility study in the second half of last year as concerns grew the 30-year-old stand would soon be outclassed by new stadiums in Perth, Sydney and Brisbane.

Details from that study – including rebuild and refurbishment options, the cost, funding structure and impact on events – are being finalised before being handed to the state government.

The MCC, led by chief executive Stuart Fox, will then ask Spring Street officials to complete the final stage of the business case, with the aim of starting construction by 2032 and ideally within five years.

A major upgrade of the Great Southern Stand has been on the cards for several years because the stand was built in 1992 with an anticipated lifespan of about 40 years.

The MCC is growing wary of issues including limited disability access, particularly on level four; a dearth of food and beverage options; outdated seating; and congestion at entry and exit points.

“Most of the industry knows it’s old. It’s not broken but it’s not great,” said one MCC source.

“The stand doesn’t cope as well functionally with huge crowds. If you were to let it go and nobody did anything, I think Victoria would have a genuine risk of losing major events.”

Sources said early findings from the feasibility study preferred a rebuild over a refurbishment of the existing stand, which would be cheaper but would not allow for a complete modernisation of the facilities.

The Victorian government, emboldened by its agreement with the AFL to host every grand final until 2057, holds responsibility for significant infrastructure work at the MCG and would be expected to foot the majority of the bill.

In response to questions from The Age, a government spokesman confirmed the feasibility work had so far been undertaken and funded by the MCC.

“We will always work with stadium management to assess the condition of our major venues and have a strong track record of delivering stadium upgrades across the state,” he said.

Sources close to the process said any increase to capacity would be minor, probably 5000 or less.