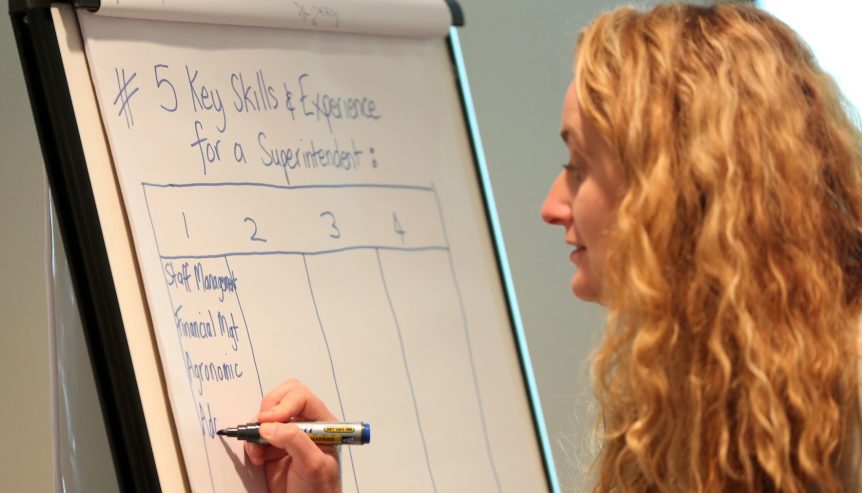 The AGCSA, in conjunction with Jacobsen, held another Future Turf Managers’ Initiative, after the success of the inaugural event in Australia last year. With help from the NZGCSA, delegates from New Zealand were also selected to take part in this joint venture.

The FTMI took place at the 33rd Australian Turfgrass Conference and Trade Exhibition at the Novotel Twin Waters Resort at Mudjimba Beach, Queensland.

The two-day educational event is aimed at up-and-coming course staff who are focused on making the career leap to Superintendent or Course Manager. Focusing on personal and professional development, the FTMI uses the expertise of respected course managers, cross-industry training specialists and industry experts to mentor and educate the next generation of industry leaders. 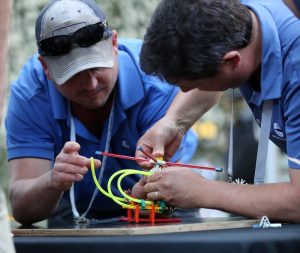 The mentors were of the highest calibre and were on hand to support the groups assigned to them. Mentoring at FTMI for the first time were Leon Hennessey, Superintendent at Cromer Golf Club, NSW, and Travis Scott of Riversdale Golf Club, Vic. Mentoring for the second time was Ben Tilley of Headlands Golf Club, Qld, and for the fourth time, after being involved in the FTMI in New Zealand was John Spraggs of Royal Wellington Golf Club, NZ.

The FTMI is the only programme available to industry professionals that provides lifelong skills to both men and women wishing to pursue a managerial career within turfcare. This year, both delegates from Australia and New Zealand took part in a joint FTMI held in Australia to further broaden networking opportunities. Commenting on the success of the event, mentor Leon Hennessey said,

“It has been a privilege to be a part of this unique event in Australia. I personally found it such a fulfilling experience to mentor a group of superintendents who are so passionate about the industry and furthering their careers.

The format really worked; there was never a dull moment, and the delegates were given a once in a lifetime opportunity to network with peers from Australia and New Zealand, and have first class speakers on hand to pass on their wealth of knowledge. I would definitely urge anyone who wants to take the next step in their career to apply for the FTMI, it prepares you for everything you’ll face as a course manager.” Speaking at the close of the event, Jacobsen’s Marketing Manager Karen Proctor, said,

“It has been another fantastic FTMI in Australia! The delegates were engaged throughout the two days, and it was touching to hear some of the positive feedback from all involved. I would like to thank the AGCSA and NZGCSA for working with us to make the event possible, it’s an initiative we are extremely proud to be a part of.

We have been given some great news that several of last year’s delegates have already been promoted to course manager since attending FTMI, and we are confident that many more will share the same success as a direct result of attending this fantastic educational event.”

“We are delighted once again that Jacobsen has supported FTMI in Australia. It’s becoming the number one educational event within the industry for those wishing to make the step up to course manager, and the results are already showing. The AGCSA is pleased that there is so much enthusiasm for educational and networking opportunities within the industry, and we very much look forward to working with Jacobsen on this event again next year.”

These delegates join a cohort of more than 160 greenkeepers from around the globe, who have graduated from the Future Turf Managers Initiative during the past five years.