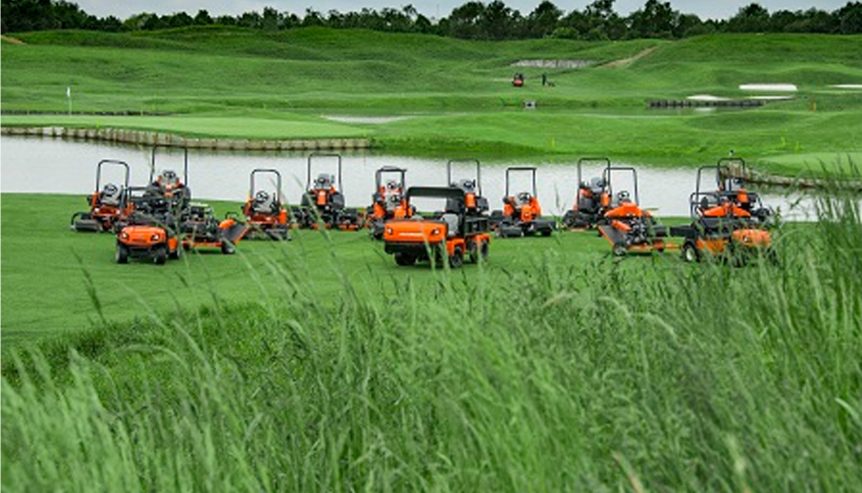 Jacobsen has released a series of three videos, documenting the build-up to the 2018 Ryder Cup matches at Le Golf National in Paris and the competition itself.

As an Official Supplier of the event that pitted Thomas Bjorn’s European team against an American line-up captained by Jim Furyk, the United Kingdom-based manufacturer of turf equipment supplied 60 pieces of equipment in addition to the course’s regular fleet of Jacobsen equipment.

Around 180 greenkeepers, most of which were volunteers, descended on Le Golf National to help prepare the course for golf’s biggest event.

Speaking during the Ryder Cup, FTMI graduate John Reed, Assistant Greenkeeper at St Andrews, said: “We’re getting up at 4.30 am, jumping on a bus at 5 am and we’re in the sheds for about 5.30 am where we’ll get a cup of coffee, and Alejandro will give a morning briefing.

“Following this is our team leader briefing. There are about seven teams on the course this week; four teams on hole set up, a fairway team, an approach team, and a practice area team. It’s a once in a lifetime opportunity. You just need to enjoy it because it’s over in a flash.”

Andre Andrade, International Golf Sales Director at Jacobsen, said: “The 2018 Ryder Cup was a huge success. The world witnessed one of the best-presented golf courses. For the staff at our factory in Ipswich who have been involved, it’s a huge privilege and a very proud moment.

“From supplying 60 extra machines for the golf course, to providing technical support to the greenkeeping team, we have all pulled together to make sure this tournament was a success. It’s safe to say Jacobsen, and Ipswich, have been a part of golfing history.”

To watch Jacobsen’s videos, click on the following links: