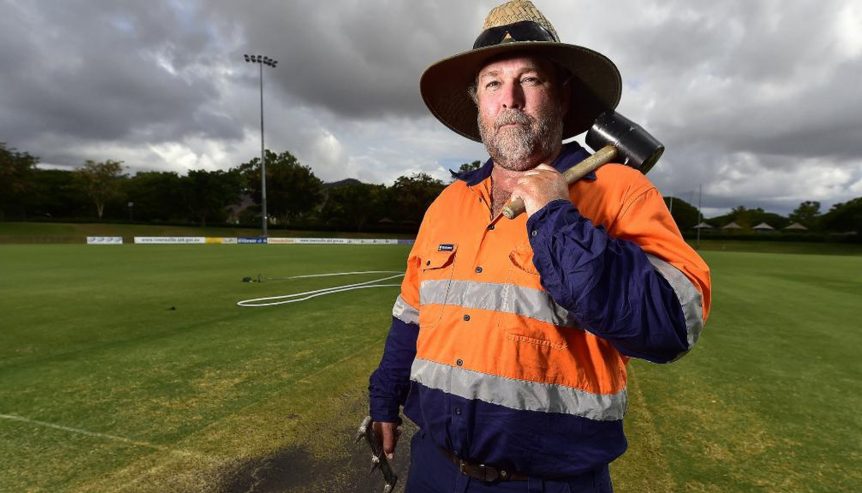 Curating a cricket pitch is a fine science. One that takes hours and hours of meticulous preparation.

And when you are doing it for four games in a weekend, it takes on an extra element of difficulty.

Riverway Stadium curator Jason Foster and his team have worked overtime in the new year to produce a wicket to sustain that level of cricket with the start of Townsville Cricket’s Optus T20 tournament last weekend.

The team has been focused on producing a batting friendly deck, in line with the standards set across the country’s biggest grounds for the Big Bash League.

“You don’t want too much seam movement, and you don’t want it to be breaking up by the second innings,” Foster said. “You want the same conditions for both sides.”

Foster will use the same pitch from last weekend’s opening games during another four game onslaught this weekend after he was pleased with the way the surface held up.

It will get another round of treatment through the week which will include watering and rolling.

“It started to crack open a bit (yesterday morning), so we watered it to close those cracks. We will water it again (in the morning) and start rolling as the sun hits it around midday.

“We will probably give it another two or three hours of rolling heading into the weekend.

“The amount of work varies depending on the game, but you are looking at about three hours a day of work put into the pitches. Then you have the outfield and the rope.

“We have a team of four guys and an apprentice and we are dedicated to that ground and the outside field. It is an international standard stadium.”