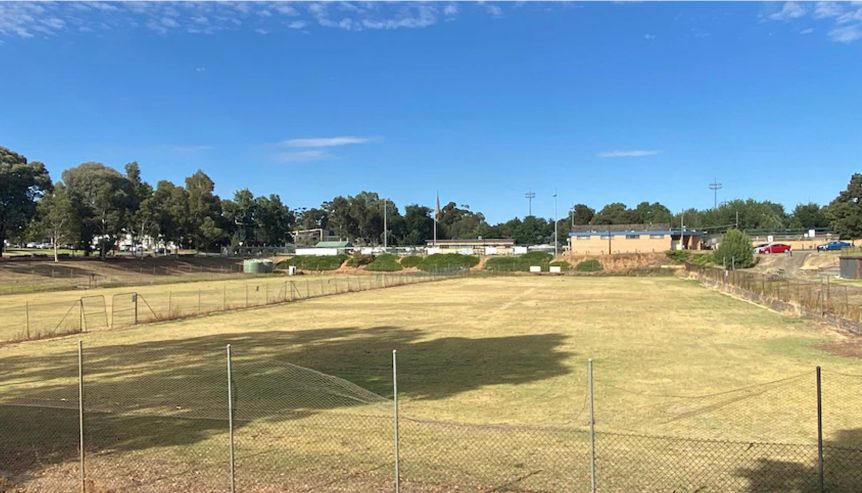 Bendigo’s last remaining lawn tennis courts will soon be no longer, as council begins works to repurpose the site.

The City of Greater Bendigo said it would begin removing the fencing, reshaping the slopes and ripping up the grass at the old Bendigo Lawn Courts on Barnard Street, within the next few weeks.

Joan Self played on Bendigo’s lawn courts for 30 years, but when she found out the midweek women’s competition was moving to hard courts, she considered not playing anymore.

“I didn’t really want to play anymore, because I find the hard courts harder on my joints.”

“Every country town has lawn courts. It’s a pride of the town.”

“And Bendigo will not have lawn courts.”

Belinda O’Meara grew up playing tennis on Bendigo’s lawn courts and said it was devastating to see them go.

“We should be encouraging people to play more sports, not taking away sporting facilities.”

There are fears residents who had played for decades had now stopped playing, as the competition was moved to hard courts.

“There’s a lot of elderly people that will only play on the grass and they loved it in the summer, and it’s better for the joints,” Ms O’Meara said.

“And now those people aren’t playing.”

“They (were) just beautiful, right in the centre of Bendigo. What an asset. Why would you take an asset away?”

Brian Westley, director of presentation and assets with the City of Greater Bendigo, said repurposing the grass courts was part of the Rosalind Park Master Plan.

Under the plan, the courts will be turned into a ‘passive park’ or ‘green space’, with plans to build basketball courts on the site in the future.

“People also want places where they feel safe, and they can do more activities.”

The City of Greater Bendigo said it’s worked closely with the Bendigo Tennis Association and determined they no longer need the courts.

“At the same time been pretty significant investment into other courts that whether it be spring galley, Eaglehawk, Ironbark, as well as the new or relatively new complex out at Nolan Street,” Mr Westley said.

The Bendigo Tennis Centre complex opened in 2017 and has 26 hard courts, four of which are up to international standards.

The centre hosts several local midweek and weekend summer competitions, as well as international tournaments, state tournaments and regional competitions throughout the year.

“We need to make sure that if assets are surplus, that we do decommission them.”

“One of the other [issues] is they are challenging to keep in top condition.”

“They require a lot of water, which is another challenge in today’s environment.”