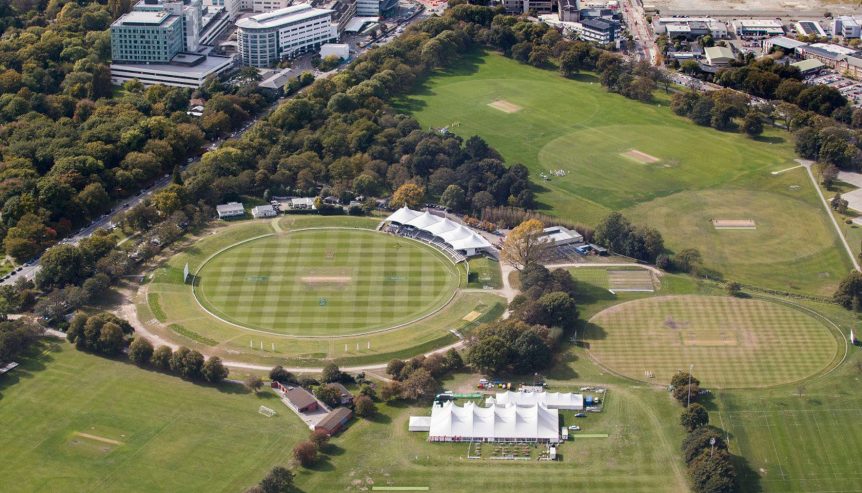 Christchurch City Council has ironed out details of a rates-neutral $1 million loan to the Canterbury Cricket Trust to help pay for six new sports floodlights at Hagley Oval.

The new lights will ensure the city can reap the benefits of hosting Women’s World Cup cricket matches in 2021 and also put the city in pole position to bid for a range of upcoming national and international event opportunities.

Christchurch has been awarded hosting rights for eight matches in the Women’s World Cup, including the final, but the hosting rights depend on new floodlights being installed at Hagley Oval to meet international broadcasting standards.

“The Women’s Cricket World Cup is a major sporting event that will bring significant benefits to our city. Estimates suggest it will add $5 million to the economy and generate 15,000 visitor nights,” says the Council’s Finance and Performance Committee Chair, Councillor Andrew Turner.

“It will also give Christchurch enormous international exposure, which is very important for our tourism industry, particularly following on from Covid-19 and its impacts.

“The event is expected to reach a global television audience of at least 180 million – seven times larger than the audience that watched the 2019 men’s Rugby World Cup.

“The benefits that the city stands to gain, and the fact the agreement comes at no cost to ratepayers, greatly support the final decision to provide Canterbury Cricket Trust with a $1 million loan. The terms and conditions reflect a commitment from both parties to provide a unique opportunity for the city while minimising any financial risk,” Cr Turner says.

The Council agreed in March to loan up to $1.5 million to the Canterbury Cricket Trust subject to suitable terms and conditions being worked out in the final loan agreement. The Trust has since been able to secure a better deal for the floodlights and lower its loan request to a maximum of $1 million from the Council.

The Trust will have four years to repay the loan and will be charged interest to cover the Council’s borrowing costs, to ensure the loan comes at no cost to ratepayers.

Chairperson of the Canterbury Cricket Trust Lee Robinson expressed delight at finalising the terms of the loan agreement.

“The new lights will enhance Hagley Oval as a truly international cricket venue. Not only will it have the ability to host the Women’s Cricket World Cup in February/March 2021, but the new lighting will also futureproof the oval for all major cricket in the city for generations to come.

“The loan provides the Trust with every confidence that the balance of the funds needed will be secured to ensure completion of the project, and we’re hopeful of concluding discussions with a number of stakeholders and supporters to finalise the necessary funds by mid-June.

“The Trust sees the loan as an endorsement of its leadership of this project and is very grateful to the Council for its support,” Mr Robinson says.