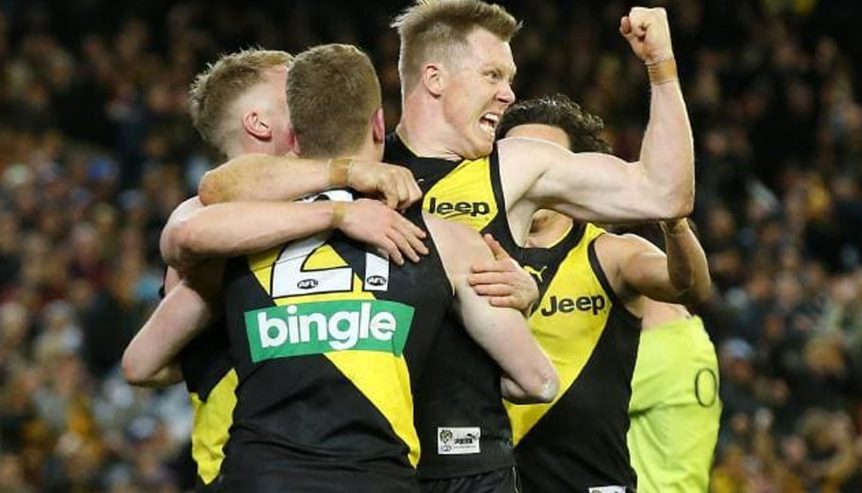 Richmond has been dumped from its MCG fortress for Thursday night’s top-of-the-table blockbuster against Sydney because of a longstanding arrangement between the AFL and Etihad Stadium.

The league uses MCG tenants to help fill a quota of about 45 matches per season at Etihad Stadium despite taking ownership of the Docklands venue in 2016.

Tiger crowds usually drop by about 25 per cent at Etihad Stadium and about 40,000 fans are expected on Thursday night.

As of Friday the Tigers boast 97,134 members and they drew 58,721 fans to their MCG clash against the Swans last year.

The league confirmed its contractual arrangements for Melbourne’s two stadiums would remain the same in 2019 with the split of matches to be “broadly similar” to recent seasons.

This year Richmond and Hawthorn both play one home game at Etihad Stadium while Collingwood plays two.

Melbourne has wriggled out of its home game at Etihad Stadium since 2016, because of its pair of matches in the Northern Territory.

Richmond will be denied the chance to equal football’s greatest ever MCG winning streak on Thursday because of the Etihad deal.

The Swans have been almost unbeatable at Etihad Stadium for the past six years. They have won 14 out of their past 15 matches there.

The Tigers have not played Sydney at Etihad Stadium since 2006, a game they lost by a record margin of 118 points.