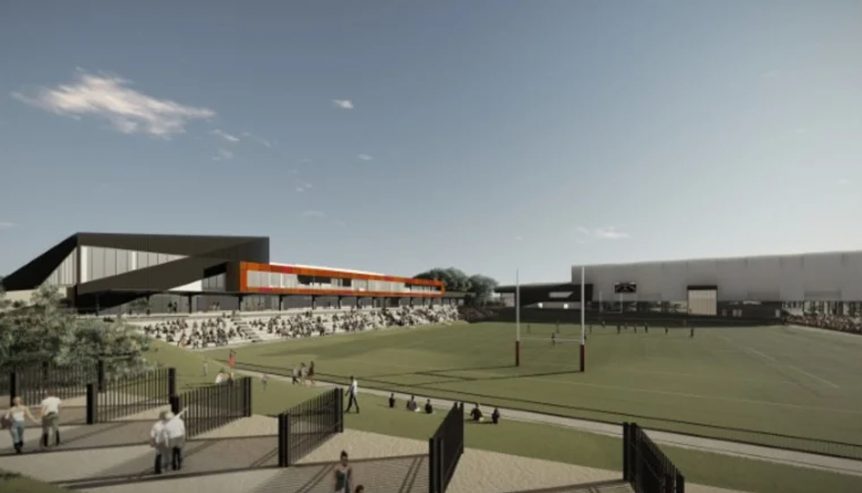 Concord Oval in Sydney’s inner west is about to undergo its first major overhaul in more than three decades as its grandstands are demolished to allow construction to start on a $75 million sporting and community precinct.

A multi-use indoor recreation centre featuring courts and rooms for community use will be built over the next 18 months, along with a head office and elite training facility for Wests Tigers.

The rugby league club’s existing training and administrative facilities at the oval are deemed to below the standard expected for an NRL club.

Apart from the main playing field, the redevelopment will also include a “boutique” grandstand for spectators, an outdoor basketball court, barbecue facilities, landscaped areas and about 300 parking spaces. It bears some similarities to Redfern Oval, which was redeveloped more than a decade ago.

The Concord Oval project is due to be completed by the end of next year, which is about six months later than the most recent schedule. The grandstands have been stripped of their seats ahead of the main demolition work starting in the next few weeks.

The oval was last redeveloped in the 1980s as a match venue for the 1987 Rugby World Cup, and its two grandstands are a familiar sight to motorists who drive along Parramatta Road.

The state government is funnelling $42 million into the redevelopment, while Canada Bay Council is chipping in $15 million and West Tigers $18.5 million.