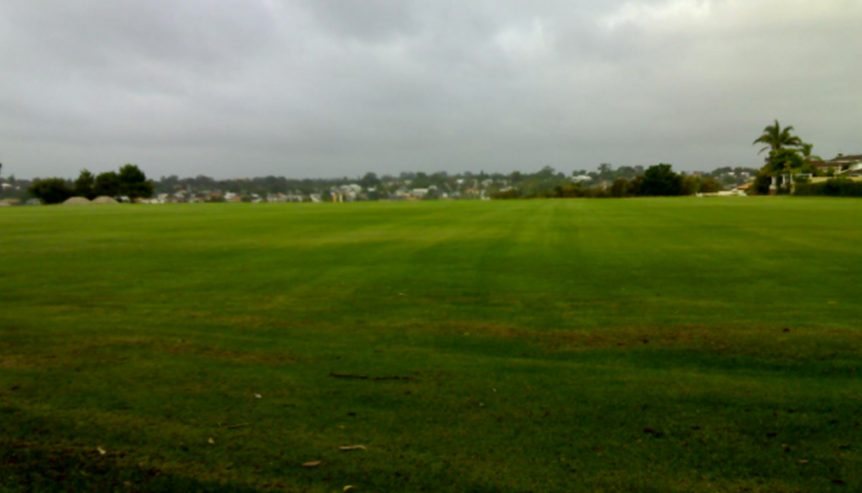 A slip on a flooded, private school oval ruined the chances of a Gold Coast teen becoming an air force pilot, stopped him becoming a mechanic and left him unable to do physical work, court documents have claimed.

Thomas John Harding is now suing the Roman Catholic Archdiocese of Brisbane in the Southport District Court for $750,000 dollars.

The three-quarter of a million dollar claim relates to an trip on the flooded St Michael’s College oval at Merrimac oval on July 23, 2015 when Mr Harding was 13.

The IT worker waited until he turned 18 this year to launch the court case.

The court documents claim Mr Harding was playing on the school’s oval during lunch despite inter-school sports being cancelled due to heavy rain.

There was more than 26mm of rain in the two days before the fall, it is alleged.

Mr Harding tripped while playing on the wet oval and suffered a severe right ankle fracture which needed four rounds of surgery and screws to fix, court documents claim.

It is claimed Mr Harding should not have been allowed on the oval while it was so wet.

Despite the repeated surgery the teenager still suffers from stiffness, difficulty standing, walking and trouble sleeping, he claims.

Mr Harding claims in court documents he wanted to join the Air Force and become a pilot.

“He had been selected to attend, and attended, the Amberley RAAF base to complete aeronautical courses in glider training and navigation,” the court documents read.

“As a consequence of his injuries, (Mr Harding) is precluded from joining the RAAF.”