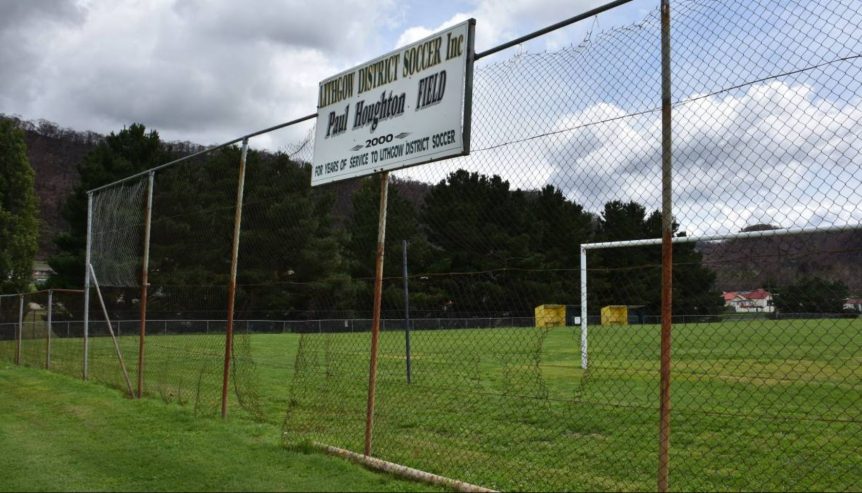 Despite receiving a $60,000 grant from the Member for Calare Andrew Gee for upgrades to Marjorie Jackson Oval in 2017, the facilities were recently deemed “not up to scratch” and almost lost a home game for Lithgow Workmans Football Club in the Football Federation Australia (FFA) Cup.

Council’s director of infrastructure services Jonathon Edgecombe said the funds were for a project to deliver an improved grass surface, new spectator fencing, new goal posts and disabled access to the amenities building.

Even though the fields had been upgraded, there were still discussions to have the football match played at Bathurst’s Proctor Park for the better facilities.

Fortunately it was decided at a Lithgow District Football Association (LDFA) committee meeting that the match be played at Marjorie Jackson, according to LDFA president Jeff Kemp.

“We definitely wanted to play at home, the only reason it was being considered to be played at Bathurst is because they have better amenities,” he said.

Kemp said if Lithgow’s facilities were “up to scratch” there would be more opportunity for big games.

“If we had better seating, lights and amenities we would get more variety of competitions playing here. Even the potential for night games.

“We actually should have better facilities being the first stop over the Mountains, but everyone goes to Bathurst or Mudgee to use theirs.

Kemp said despite the standard of the facilities he was pleased that the game was being played in Lithgow.

“At least we will have that home ground advantage,” he said.

Mr Edgecombe said Council continues to maintain the fields, amenity buildings and access infrastructure to the fields as resources are available.

He said additional to the ongoing maintenance, approximately $40,000 was allocated as part of the 20/21 budget, to further fencing improvements.

“This will occur this financial year.

“We are also working towards the installation of subsurface irrigation systems at Marjorie Jackson to continue to improve and maintain the fields, subject to Council consideration of the draft Operational Plan for 2020/21,” he said.

He said appropriate irrigation will have a significant impact on the quality of fields themselves, outside Council’s ongoing top dressing and maintenance programs.

“We continue to identify and apply for relevant external funding opportunities, to facility and infrastructure improvements,” he said.