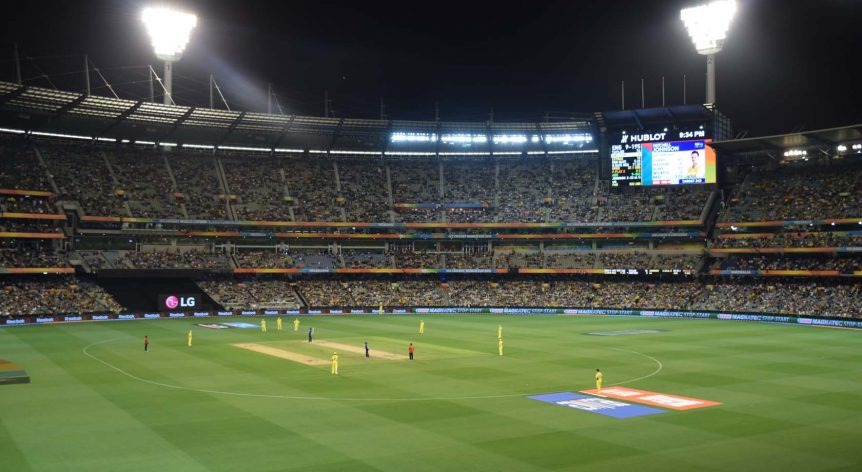 The Melbourne Cricket Ground is one of the most iconic venues in the world, having hosted many sporting events, concerts and even weddings over its 116-year history.

However, the MCG is more than just a stadium; it’s a place that means something to many people throughout the city of Melbourne, across Australia and beyond.

The MCG, popularly known as “The G”, is the biggest sporting stadium in Australia with a capacity of 100,000 and is a globally recognised landmark. There are many reasons why Melbourne residents and many other tourists are in love with the MCG. The breath taking architecture, major events it hosts and historical significance are just a few reasons why Melburnians and tourists love this sports stadium.

The MCG is located in Yarra Park and is a short 10-minute walk from the city centre. So, whether you are a sports fan or love magnificent architecture, something about the MCG inspires greatness in all who visit it. This article will help you see why the Melbourne Cricket Ground means so much to so many people. Hopefully, you’ll be eager enough to hop on the next flight to Melbourne just to see this magical place. It might interest you to know that the MCG will host the 2022 Cricket World Cup Final, so, you might just want to stop by and witness this global event at the iconic ground.

What is so exciting about the MCG?

1. It is a historically rich landmark

The site of the MCG was chosen some 160 years ago. The ground was built in 1853, a little more than 20 years after Melbourne’s inception. Since 1859, it has been the home of Australian football, and it hosted the 1956 Summer Olympics. It also received papal and royal visits during World War II and housed US Marines, US Army air units and Australia’s RAAF.

The MCG was the main stadium for the Olympic Games in 1956, hosting the ceremonies and athletics, as it did for the 2006 Commonwealth Games, and it attracts 100,000 fans for the AFL Grand Final every year. It also attracts large crowds for the annual Boxing Day Test which is one of the biggest events on the cricket calendar. It has also hosted open days, charity events, dinners, and other foreign and local talent events.

2. There is a vibrant and bubbling social life at the MCG and its surroundings

The bubbling social life is also an impressive part of visiting the MCG and Melbourne in general. The cafés, clubs, restaurants, casinos and bars all add an energetic feel to the environment. Since it is a sports environment, you can be sure that visiting the casino is a must. One of the most exciting casinos is the Sky City Casino. This is a place where you can relax, enjoy Australia’s vibrant city life and try your hand at some games.

If you’ve had a taste of Melbourne’s world-famous café and pub culture, you’ll be impressed with the MCG’s makeover through its own collection of bars and cafés. The cafés and restaurants complement the stadium’s numerous beer gardens, rooftop terraces and sports bars perfectly. So, you can just relax with a few friends and enjoy the beautiful scenery while having some of the finest dishes in Australia.

3. It has immense cultural significance

The MCG is of great cultural value to not only Australia, but the world at large. The beautiful architecture, the sports museum and important sports memorabilia around the stadium all contribute to this wealth. Between 2003 and 2005, The stadium had a comprehensive redevelopment that ensured its facilities remain world-class. It is currently Australia’s largest stadium and one of the biggest in the world. The stadium’s six light towers are an iconic Melbourne landmark and during a night event, they illuminate the stadium, while exterior LED lighting add colour to the venue.

The Parade of Champions, which runs the length of the stadium, is littered with statues of renowned Australian athletes, including cricketers, Australian football players and track & field competitors. The magnificence of these legends is captured in a homage like this, ensuring that their memories go on forever. These are all viewable to the public for free.