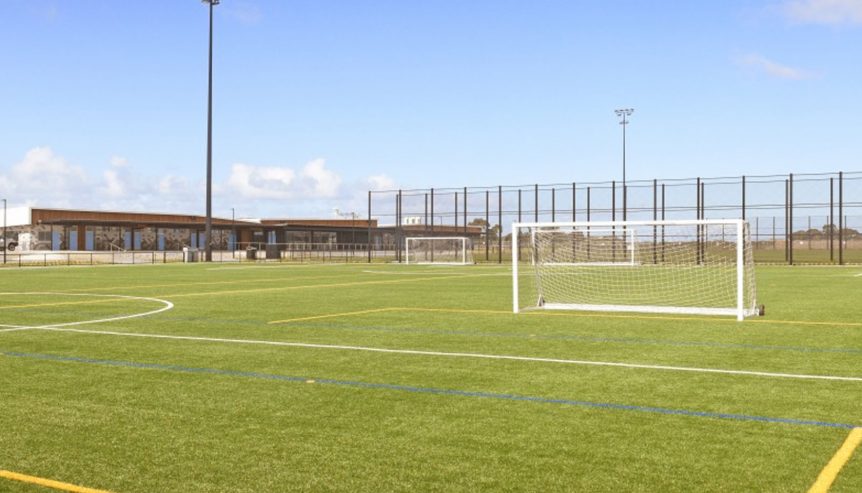 Melbourne City FC has announced its relocation to a brand-new elite sporting facility in South East Melbourne after signing a Heads of Agreement with the City of Casey and City of Greater Dandenong.

The new Etihad City Football Academy (CFA) will sit within the 84-hectare Casey Fields Sporting Precinct (Casey Fields), and will feature an elite training tablet pitch, four full-sized floodlit pitches, a two-story elite performance and HQ building and space for a 4000-capacity mini-stadium to be created as part of a future ‘Stage Three’ construction.

The Club’s Academy will move to the already constructed ‘Stage One’ community and academy facilities in February 2021. The four full-sized floodlit pitches and single-story building are available for immediate use, and will be the centre of the Club’s academy, schools and community work as well as the City of Casey’s grassroots football and community programs. The remaining ‘Stage Two’ facilities will be completed by early 2022 when Melbourne City will take full occupation of the site, following interim occupation in August 2021.

Melbourne City’s history-making W-League team will play their first home match of the season on January 2 at Dandenong City Soccer Club, playing four games at the venue including a Melbourne derby match against Melbourne Victory on January 28.

City in the Community, Melbourne City’s charitable arm, will also be headquartered from Casey Fields, enabling more regular engagement with the in-need communities of South East Melbourne whilst continuing their city-wide work.

The Club has been located at La Trobe University (LTU) in Bundoora since its foundation in 2009 and moved into the original City Football Academy in 2014 following its acquisition by City Football Group. More than 30% of Melbourne City staff are graduates of the University, and City and LTU will continue their long-standing partnership, centred on the provision of student internships and collaboration on sport science and allied health services and research.

“This is a game-changer for the City of Casey and South East Melbourne. Melbourne City is a club that shares our community-first ethos and will be a wonderful addition to our growing and diverse region.

“We are proud of Casey Fields as an elite sport precinct, and the addition of a second full-time professional club adds to its status as the region’s premium sporting precinct.

“Thanks to Melbourne City, we will be able to co-develop world class facilities that the community will also be able to enjoy. But just as importantly, we will be introducing amazing male and female role models into our community, who will not only inspire a new generation of potential Matildas and Socceroos stars but who will also encourage our residents to be active and lead healthy and happy lives.

“Welcoming the Club’s 250 players and more than 100 staff will result in wide-ranging economic and social benefits, as will the creation of much needed construction jobs for our local community.”

“Today’s announcement is an incredible reward for four years of hard work by many people across the City of Greater Dandenong, the City of Casey and Cardinia Shire.

“Our previous South East Melbourne A-League bid set out to foster grassroots football development with professional pathways, to connect with and grow our burgeoning business community, to market the region to national and international audiences and to provide a platform for community outreach programs.

“The proposed Dandenong Sports and Events Centre was an important part of that bid and today’s announcement marks a step forward in bringing that idea to life.

“In Melbourne City FC we have found an established and well-loved partner with the same long-term and sustainable approach to development, a deep-rooted passion for community and a global network through its owners City Football Group.

“To be able to welcome Melbourne City’s extraordinary W-League team within a matter of weeks makes today’s announcement all the more exciting and will serve as a huge inspiration to young girls across Greater Dandenong and the region.”

“Our infrastructure strategy is fundamental to the success of Melbourne City and City Football Group, creating the foundation for our long-term and sustainable growth. The opportunity presented at Casey Fields is clear – a brand-new purpose-built facility with bigger capacity, more pitches and right in the heart of a diverse and growing community with a deep footballing tradition. Today’s announcement marks the end of an extensive process and the beginning of an exciting journey – we are delighted to call South East Melbourne our new home.

“Football is the number one participation sport in South East Melbourne, with 115 grassroots clubs and 23,000 registered players across the wider region. There are 1.9million people living in the region, and this move creates a fresh street-to-stadium pathway for all the boys and girls who have been desperate for a professional team on their doorstep. Our City Football Academy model is designed with soft edges that enable us to replicate the model for community integration that was created in Manchester City.

“Having City in the Community headquartered here was a really important part of this move. Their work will always be wherever there is need but being right in the heart of this community will create new opportunities to serve the community of South East Melbourne.”

“This is a fantastic demonstration of the kind of investment that can come from a League with an ability to determine its own commercial future.  City Football Group have demonstrated their faith in the fundamentals of the Australian game and that something we expect to be replicated by other investors many times once unbundling of the FFA and Leagues is completed.”

Casey acknowledges that its history includes our traditional landowners. Historically, the lands around Casey were inhabited by the Bunurong/Boon Wurrung peoples (also known as the Bunerong) and the Wurundjeri peoples. Today, Aboriginal peoples from all over Australia live in the City of Casey.