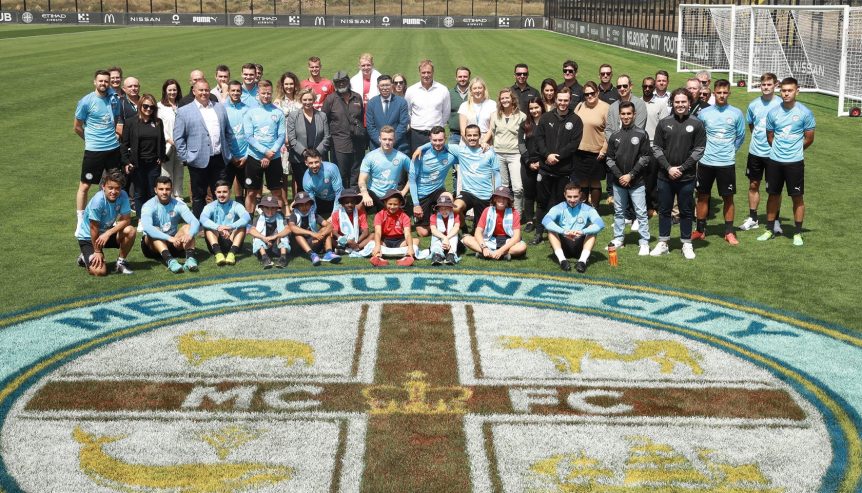 The current A-League Men’s Champions finalised preparations for its upcoming fixture against Central Coast Mariners on Tuesday night by conducting its first training session on the hybrid turf pitch.

It becomes the fifth pitch to be built at the Casey Fields base, joining three other community pitches that are shared by Melbourne City FC’s Academy teams, Football Schools and the local South East community.

Since the Club’s move to the region in July 2021, non-for-profit arm ‘City in the Community’ has done a fantastic job to engage the local community. This has included running a number of clinics and programs while actively recruiting Young Leaders into the Club to ensure it can continue to deliver more high-quality programs in the South East of Melbourne.

The construction of this new pitch will ensure that will continue to grow as the Club makes its presence further felt in the South East.

Over 12,000 square metres of HERO Hybrid Grass – also used at the Manchester City Football Academy and Real Madrid’s training facility – was installed by Josyln Group over approximately 30 weeks, ensuring the Casey Fields facilities are on par with the best teams and playing facilities in the world.

“The new pitch is a visual representation of all of the hard work that has been going on behind the scenes. A special thanks to Casey Council who are a fantastic partner and have a real passion for turning Casey Fields into the destination for professional sport in the S.E and thanks to Joslyn Group who have done a fantastic job on the build.

“We are building a facility that belongs to everyone who is passionate about football and we want to work closely to with the local football community to develop the game in the S.E. We would love to see the kids who come down after school and play on the pitches, one day running out for Melbourne City.”