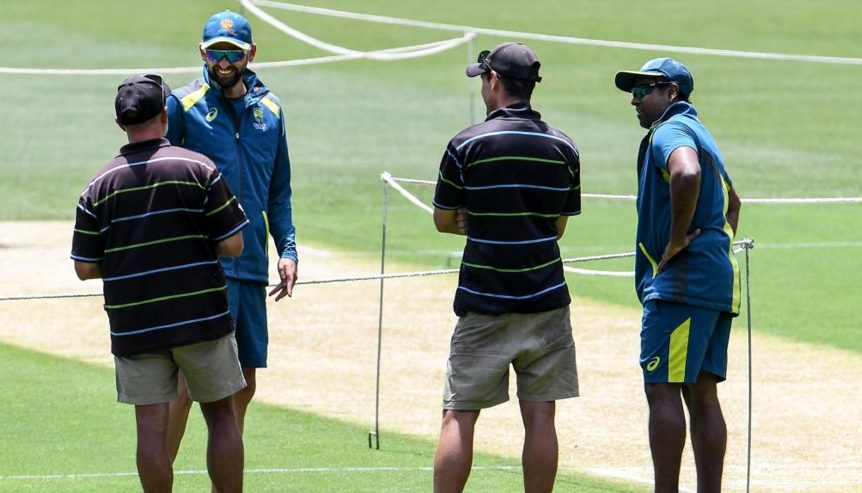 Australia’s No. 1 curator Damian Hough has revealed the mental pressure pushing his peers to breaking point, but insists there shouldn’t be concerns over Perth Stadium’s ‘exciting’ old school strip.

Humble greenkeepers are grappling with performance pressure equal to players, and Adelaide Oval curator Hough has registered his concerns with Cricket Australia.

“I 100 per cent think that and have spoken to Cricket Australia about it. With the MCG, it is three weeks out (and) scrutiny is at a different level,” Hough told The Advertiser.

Victoria’s Glenn Maxwell, Nic Maddinson and Will Pucovski are all dealing with cricket-related mental health issues.

“We are just not equipped to deal with it, we cut grass for a living. The microscope seems to be on you and the last five years it seems to have got worse with social media,” Hough noted.

“It is always on the table with mental health.

“You can imagine when it doesn’t go to plan, doing the best you can and everyone is talking about it.

“There are bad times, but when things do go right it is unbelievable, a great feeling.”

A venue could be suspended from hosting international cricket for a year if five demerit points are accrued over a five-year period for inferior pitches.

A suspension would have massive financial implications for state associations, which increases pressure on curators already striving to satisfy players, fans and broadcasters.

“I feel for them as the scrutiny is at another level. It is quite stressful,” said Hough, who concedes both he and Burdett were ‘driven by a fear of failure’ preparing Adelaide strips.

“My understanding is they are trying to get an even contest between bat and ball.”