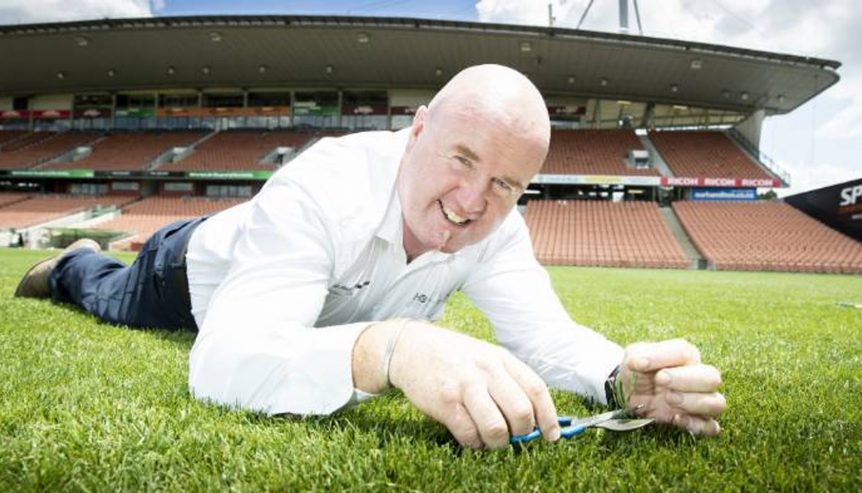 It’s out with the old and in with the new as FMG Stadium Waikato’s pitch received a million dollar makeover.

The finishing touches are being put on the state-of-the-art turf just in time for one of Hamilton City’s biggest events – the New Zealand Sevens.

A blessing at the stadium was held on Wednesday afternoon for the $1.3 million Hamilton City Council project.

It’s the first time Desso hybrid turf is being used in the North Island and the installation had a small challenge for turf manager Karl Johnson.

“We had a really tight turn around from the Great British league match [in October] and heading into the Sevens but really happy with it.

“We have a few more days of stitching and then we can put the post back up and line-markings and turn it back into rugby mode.”

Around 2200 tonnes of sand was laid before a turf sewing machine came from Europe to punch fibres 20cm into the sand leaving 2cm of artificial green sticking above ground.

Ryegrass seeds are then sewn on top. They’ll tie into the fibres and reinforce the playing surface.